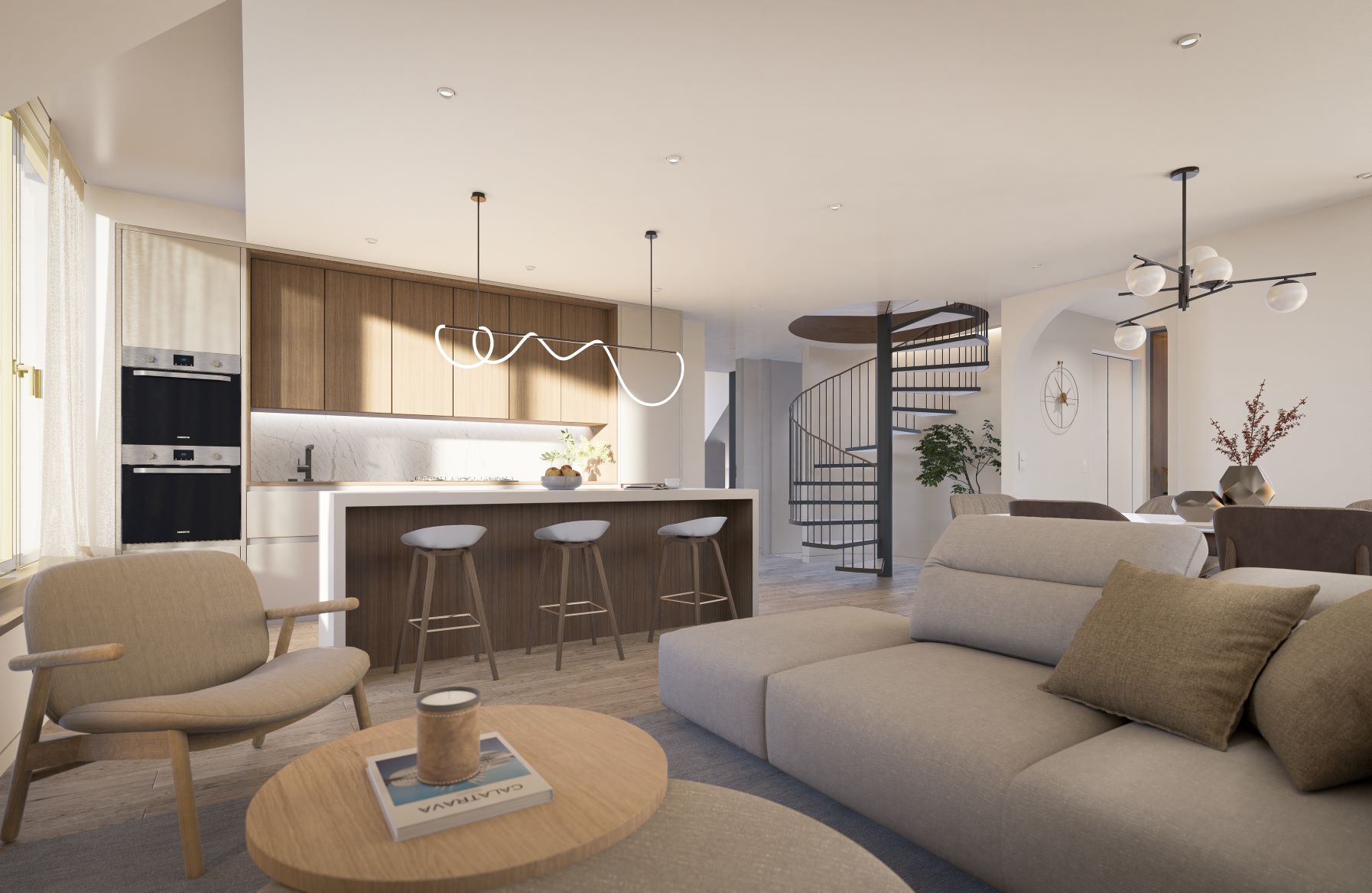 Creating stunning visuals is key to winning design work and communicating the visual impact of a space. Architect and designer Luis Bertomeu Sanchez walks us through his new favorite workflow — SketchUp to D5! Streamlined simplicity is the name of the game for this blend of 3D modeling and rendering software.

Luis is an independent designer from Luxembourg who partners with high-end residential design developers to create compelling visuals. Developers usually bring Luis onto a project after the architectural plans are complete but before construction starts. As an interior designer and visualization consultant, he will create visuals in concert with the project architects. The developer uses Luis’ final visuals for marketing the homes or apartments. The marketing assets are essential for kickstarting construction because the developer only moves forward after selling one or more units. 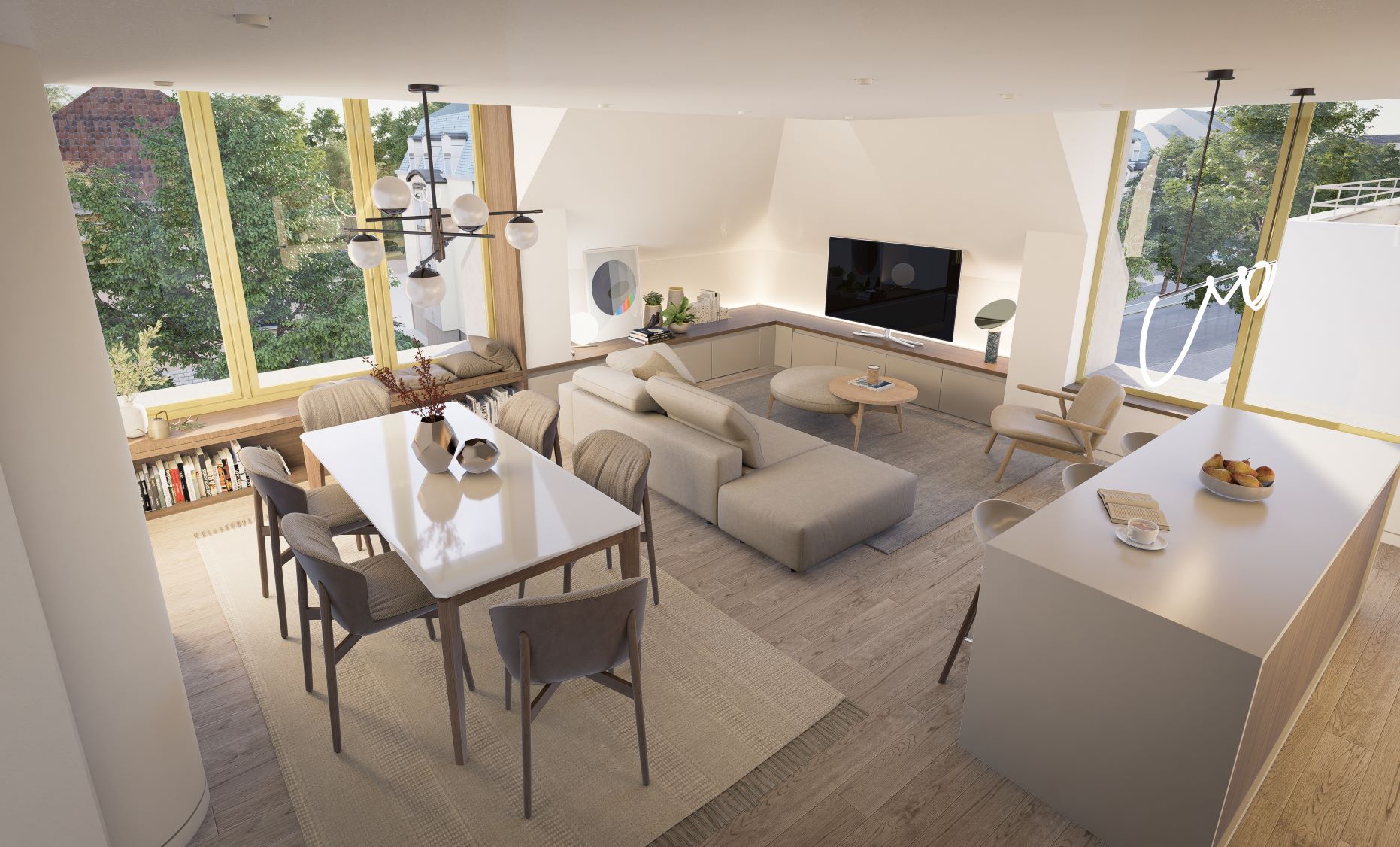 One of Luis’s favorite projects he’s worked on is Les Maisons de Maîtres Églantiers because he loves working with Dagli, an architectural firm in Luxembourg. They are a contemporary firm whose modern, simple, and contextual design values compliment Luis’s rendering style. Dagli can easily navigate Luxembourg’s strict design standards while creating singular buildings.

Coldwell Banker Hestia Group Luxembourg is the real-estate company that brought onboard Luis to Les Maisons de Maîtres Églantiers. They told Luis that the project visuals should emulate the surrounding houses and landscape design aesthetics.

“The site for Les Maisons de Maîtres Églantiers is in a quiet neighborhood but still centrally located next to Luxemburg's parliament and European-styled school buildings. Before I dug into the 3D realm, I walked around the site and nearby streets. I took pictures of the cobblestone streets, facades of houses, and landscaping, which I then uploaded to the SketchUp model.”

To start creating visuals for Les Maisons de Maîtres Églantiers, Luis took the existing 2D AutoCAD file, imported it into SketchUp, and then uploaded pictures taken from the site. Even this early in his workflow, Luis switched between SketchUp and D5. He had both programs open simultaneously on his computer such that when he made a change in SketchUp, he could flip to D5 and refresh for viewing. Luis favors D5 because it compliments his streamlined workflow and allows for real-time rendering. 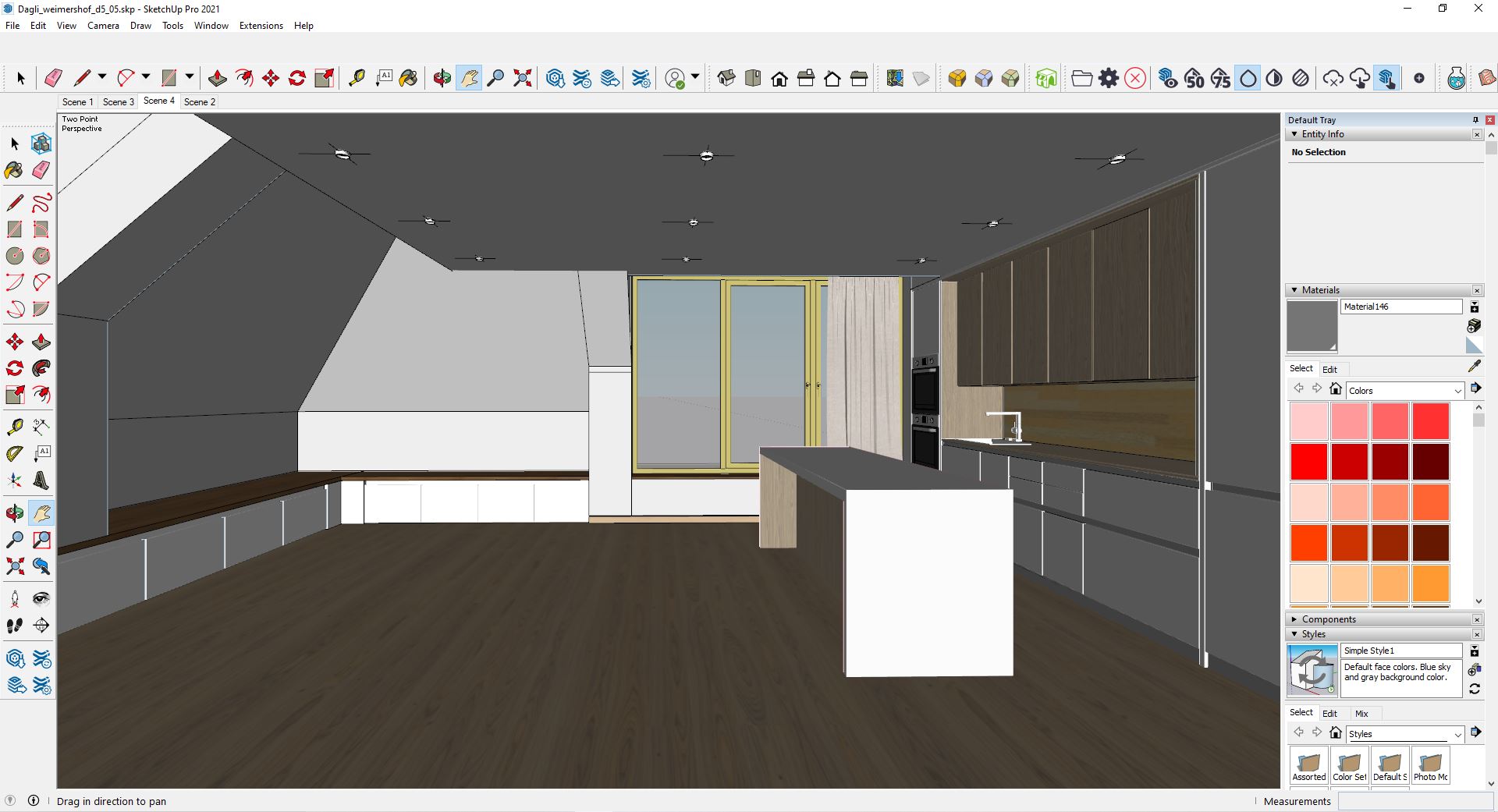 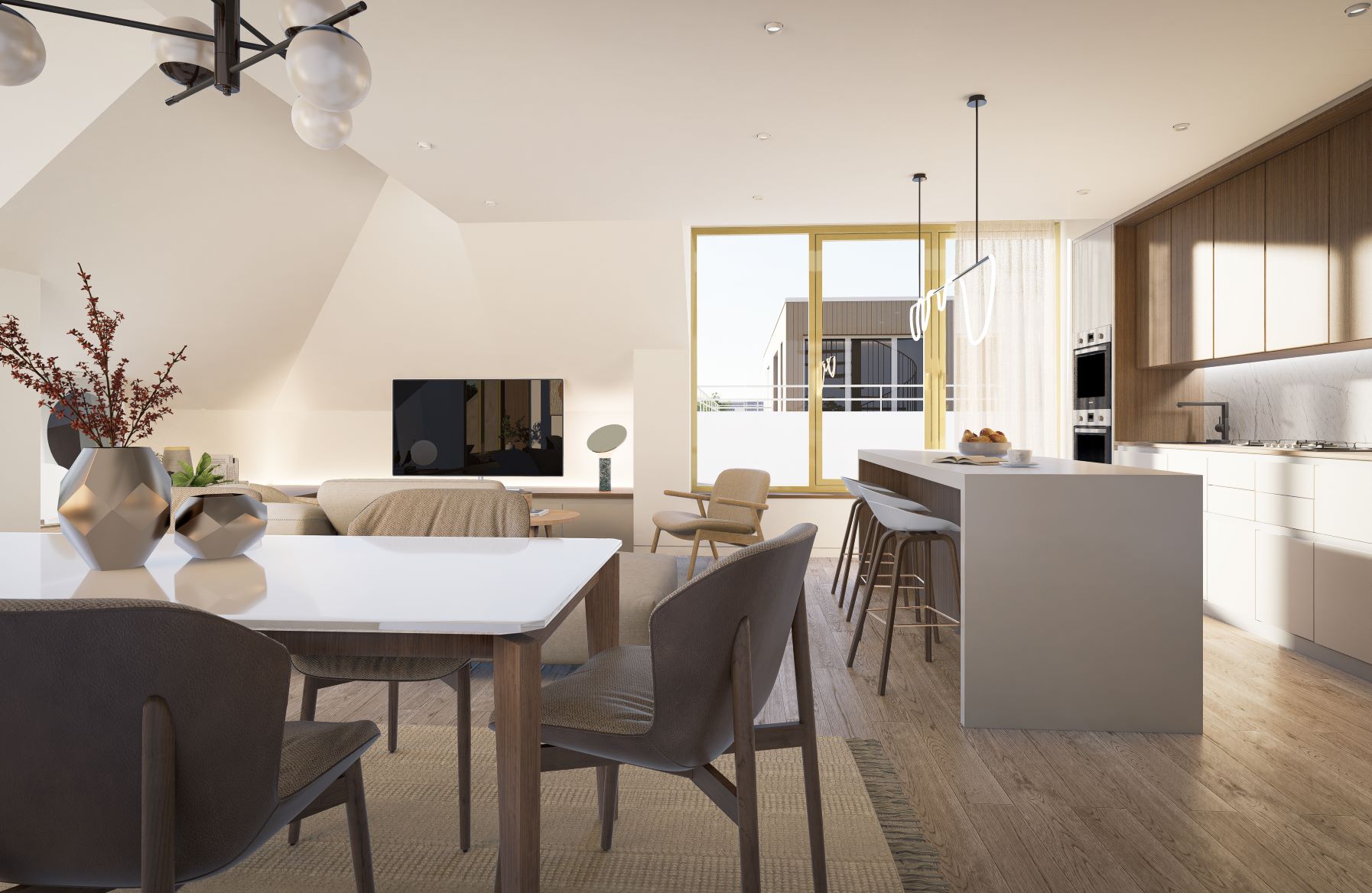 “The context is the most important part of a rendering. Future residents can change furniture options, but they can’t alter how the light plays off the walls as the day advances or explore how the view from a bedroom window will look. You need to get these details right, and it is the part of the project with the least room for creative license.”

After setting up the background elements, Luis dived into refining the floors and walls. When working on visuals, he will sometime suggest changes to the structure based on how the space will look. For Les Maisons de Maîtres Églantiers, he proposed changing a rectangular doorway to an arched one based on his vision for an elegant space. The client agreed with the modification and changed their architectural drawings.

“I love getting lost in designing visuals; time flows by unnoticed. Every project is different in my initial imagining of it, and you often don’t know how the result will look until you immerse yourself in the process.”

The project’s interior design was left up to Luis’s imagination, as long as the end product fell within the developer's guidelines. Luis’s minimalist design style has a sophisticated touch (like gold-trimmed windows paired with white walls), creating a modern-luxury feel. Luis says his interning at Sou Fujimoto Architects, a world-renowned architecture firm headquartered in Japan and Paris, influenced his style and color palette. Sou Fujimoto has designed projects like the Flowing Cloud Pavilion in China and Japan's Musashino Art University Museum & Library. 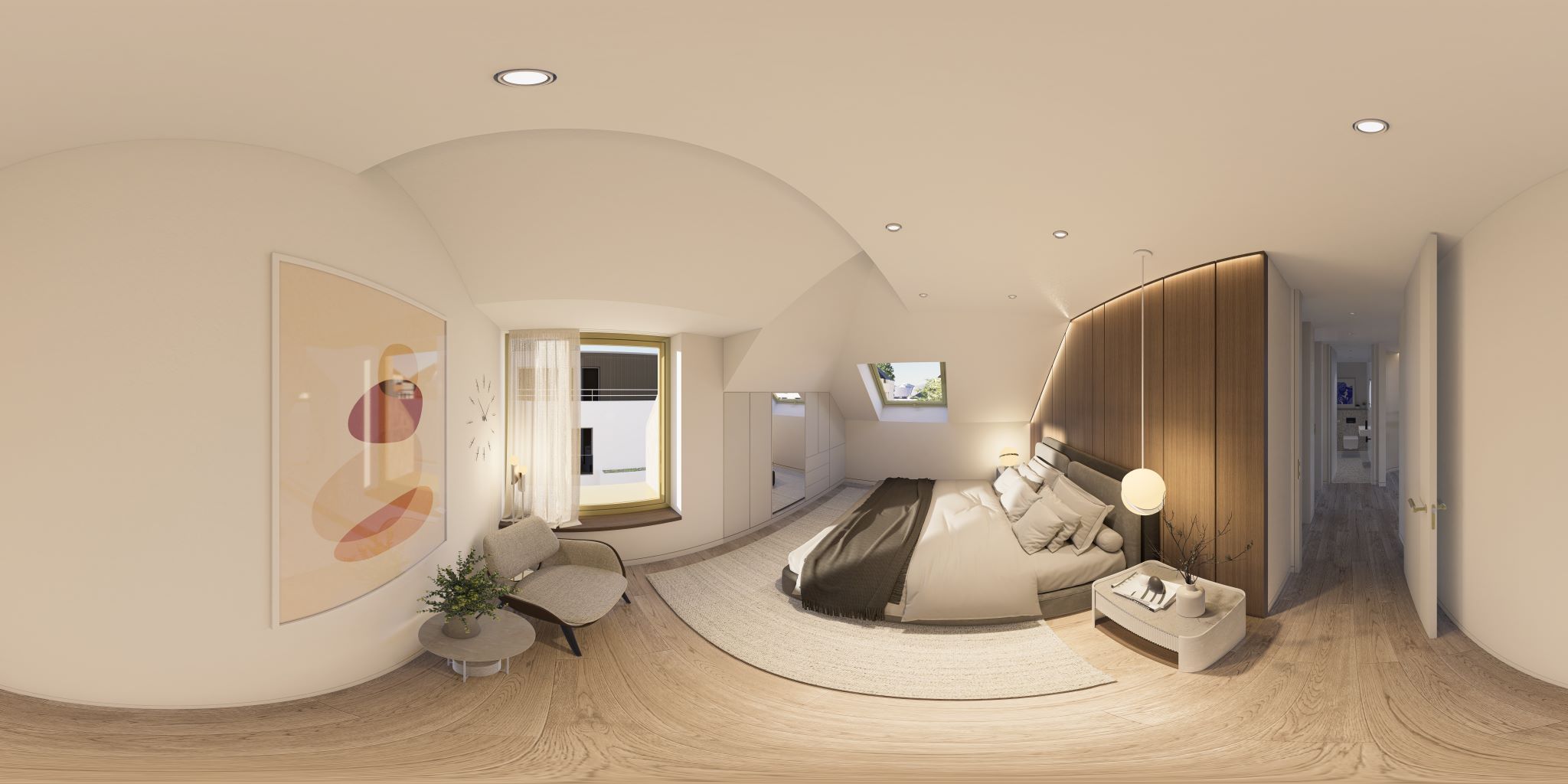 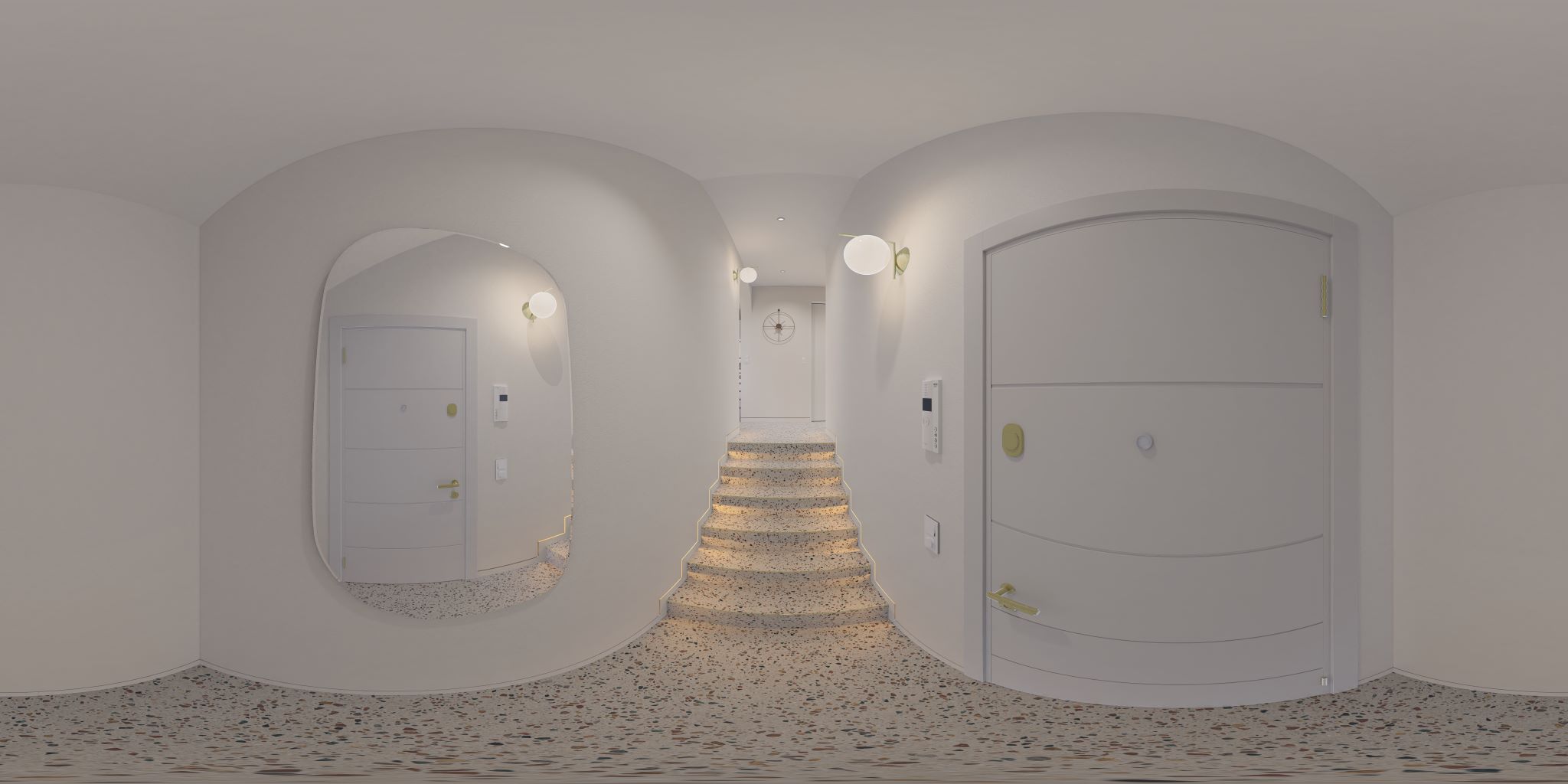 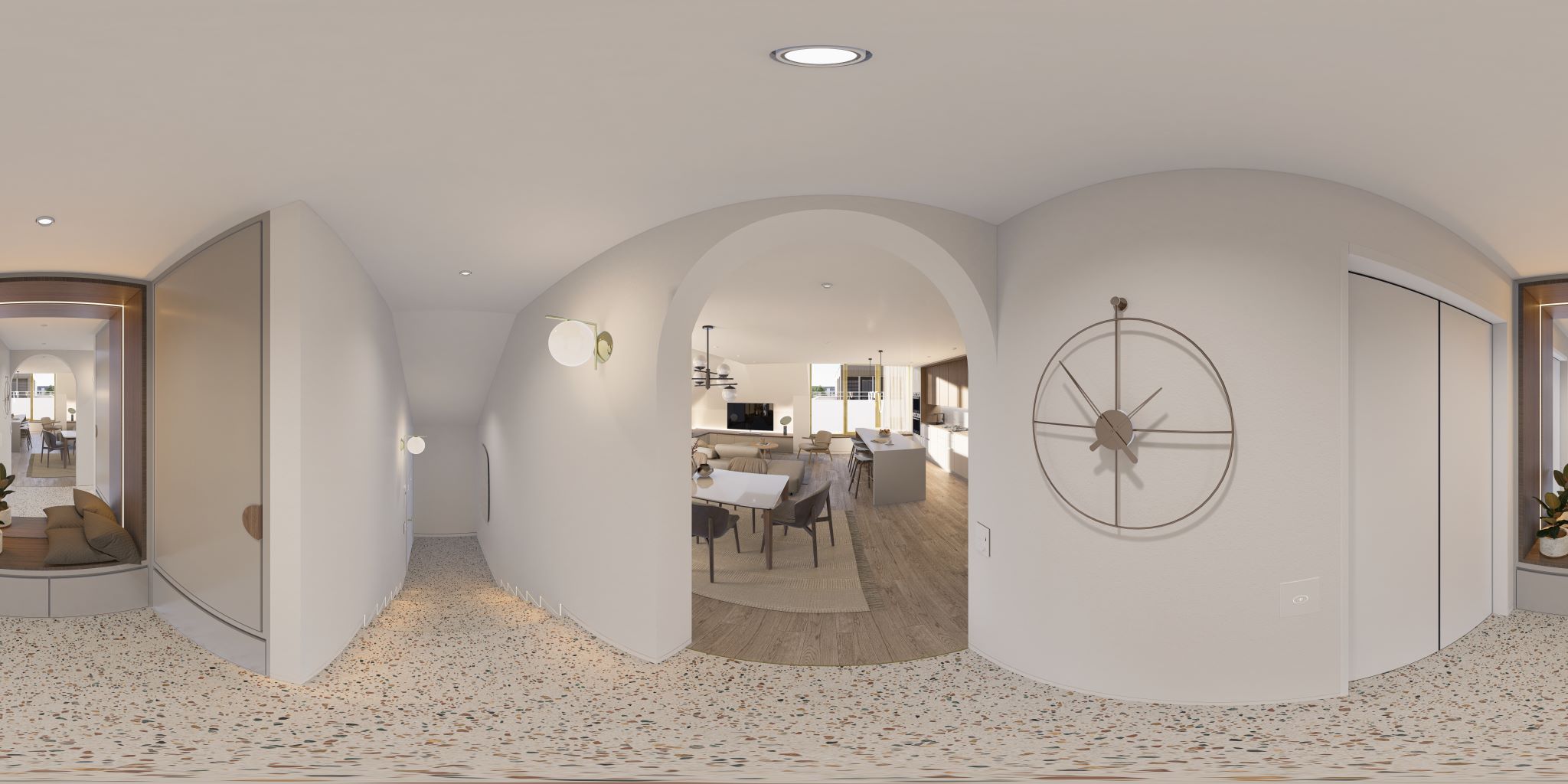 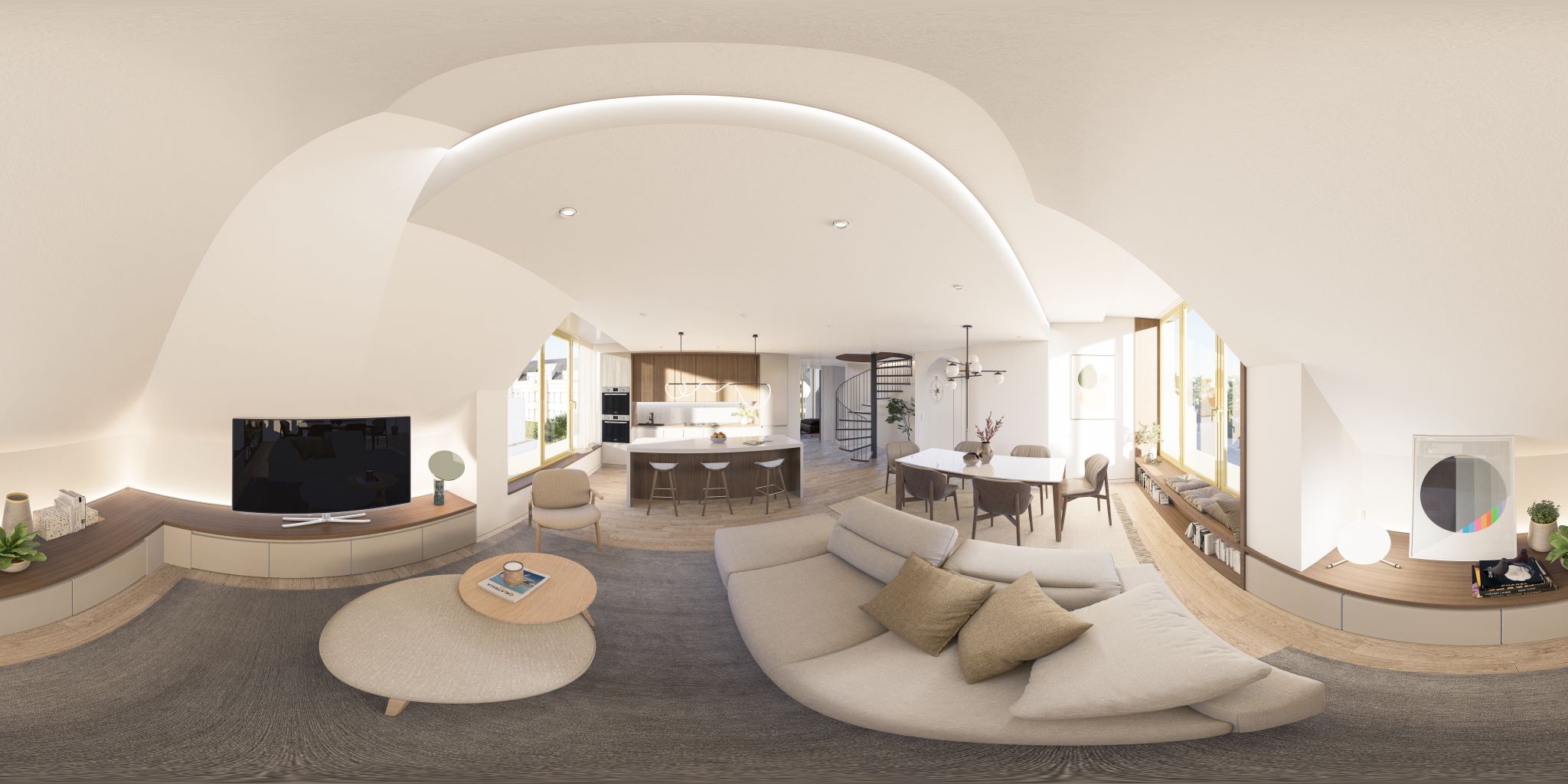 Panoramic views from D5 are uploaded to Kuula for 360-degree viewing.

Luis met with the clients at key stages to review progress. For clear communication and easy collaboration, Luis exported files from D5 and uploaded them to Kuula, a 3D 360 software that makes it easy to create virtual tours. Armed with a shareable viewing link, they could collectively review the visuals and ensure that all the stakeholders approved of the visuals. The developer could later share the final designs via updated links to potential buyers. The interoperability between SketchUp, D5, and Kuula streamlined this entire design process.

“An excellent visual designer strives to retain the spirit of the architect’s original design while ensuring the final result's marketability.”

There is no correct workflow to create renderings, as you can use various programs with your SketchUp models to deliver excellent visual outcomes. If you have a SketchUp Studio subscription, most likely, you are using V-Ray. Other options are SketchUp to Lumion to Photoshop, another excellent workflow for creating dreamy, artistic visuals. If you want to learn more about this trifecta of design software, check out the Fireside Chat Series, Episode One, where Luis is a guest.

Choosing which render software to use can be tricky; battles for your dollar are brewing between major rendering software. The major players strive to outdo the other’s capabilities with new upgrades and features, but Luis says rendering technology has plenty of room for improvement.

“As the metaverse continues to build momentum, rendering software will need to become less clunky. Computer processing will need to speed up to run 3D rendering programs, and high-processing computers must be affordable so everyone can access it.”

Remember to experiment with accessible tools and enjoy the creative process. If you don’t have SketchUp, try our 30-day free trial, where you can access V-Ray as a rendering solution. 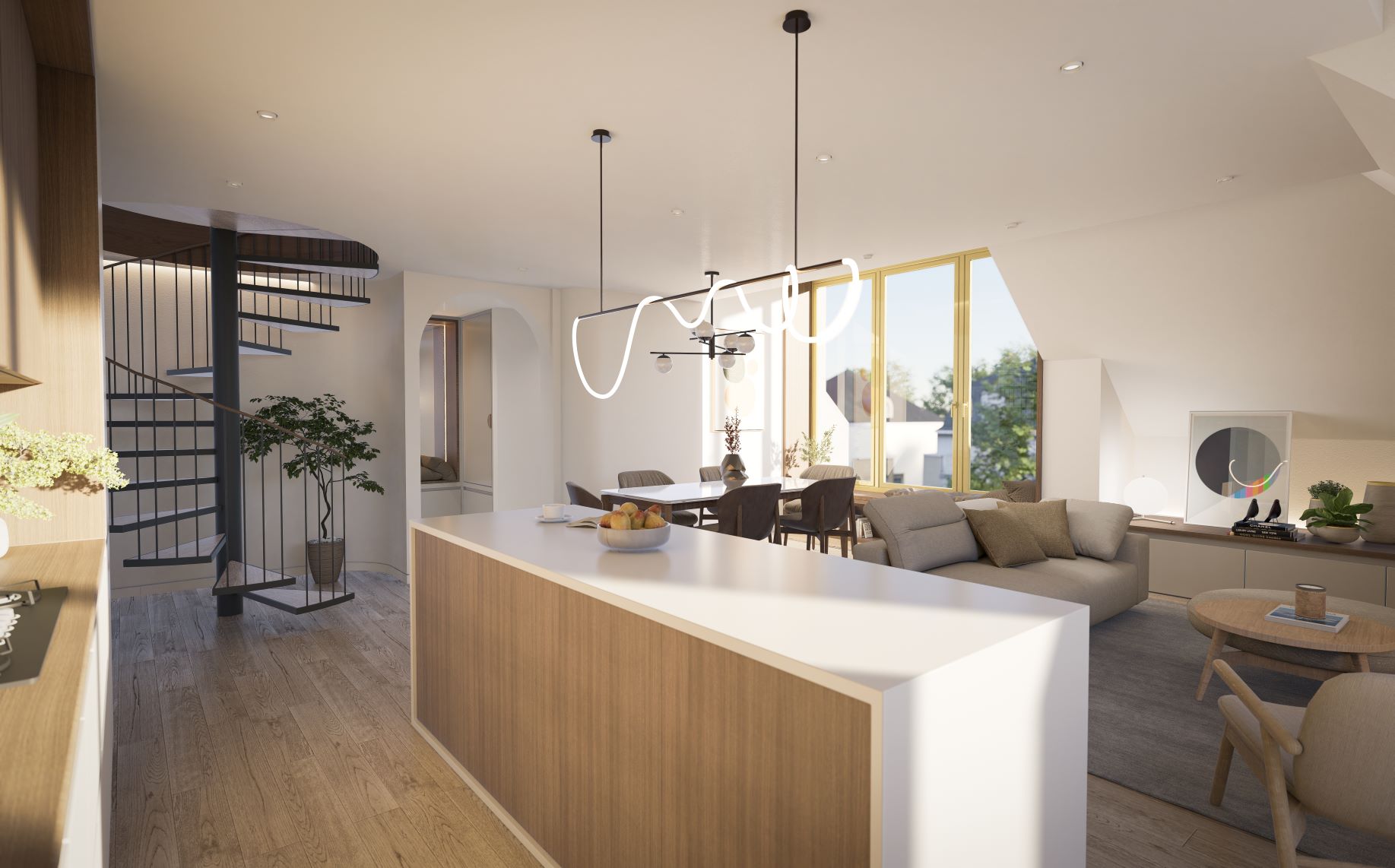