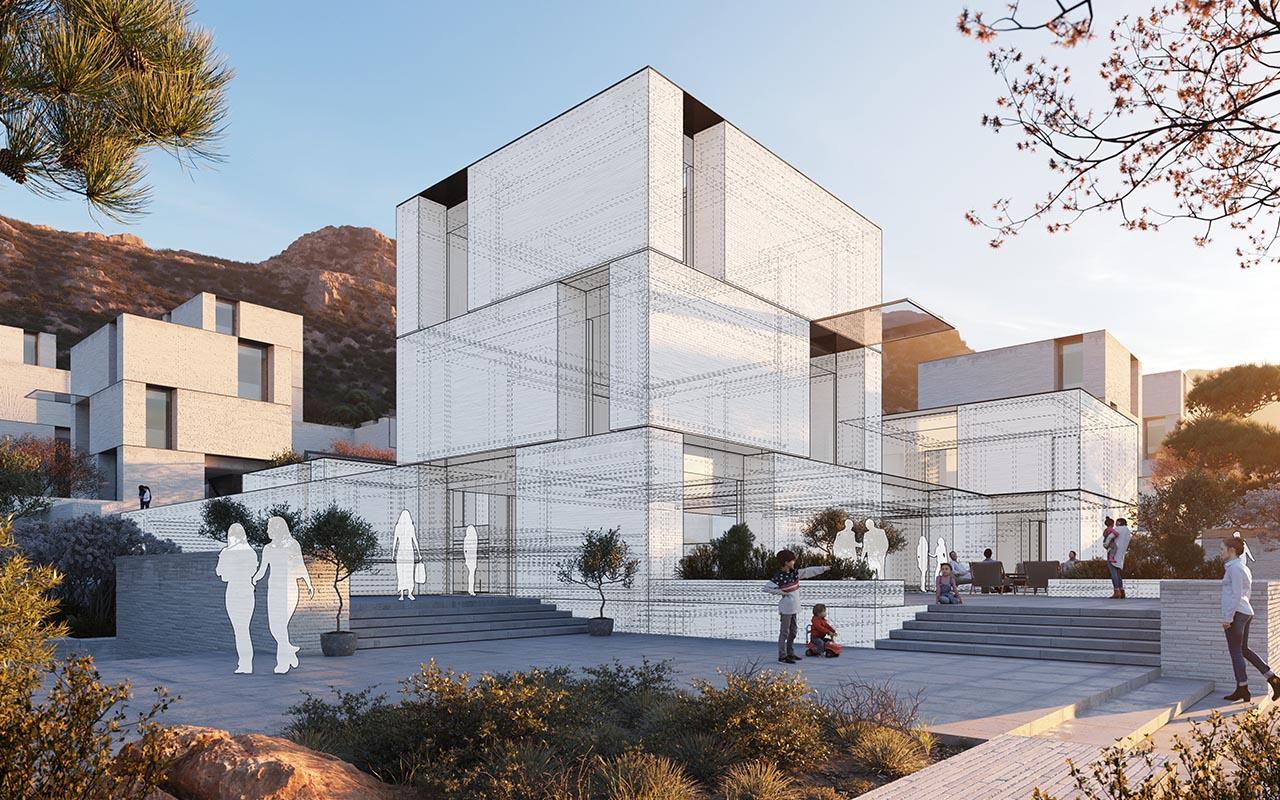 We sat down with Henry Goss from The Boundary to discuss how he incorporates architectural fundamentals into his elaborate, detailed illustrations. Goss has taken his architectural visualization business to the next level of immersion and no longer focuses on the real-life construction of his designs. Instead, he creatively uses his designs for marketing campaigns including the imagery on our website in contrast to expensive, logistically-challenging photoshoots. Take a journey with us as we explore the importance of an architecture background when creating visualizations, his process for designing the imagery used on the new SketchUp site, the use of illustrations in marketing campaigns...and everything in between.

Tell us a little bit about The Boundary and the work you do.

The Boundary is an architectural visualisation studio founded by myself, Henry Goss, and my good friend Peter Guthrie. During the preceding years, Peter had become a world leader in architectural visualisation through his R&D, blogging, and his contribution to the world of image-based HDRI (high dynamic range image) lighting solutions. HDRI is a standard for lighting a 3D scene in the world of rendering using high dynamic range images (32 bit typically) of the real sky. An example of his HDRI lighting solution contribution is PG Skies. This has long been considered some of the best and most widely used HDRI Skies in the industry.

Visualisation had long been an interest of mine and over a period of years of practicing architecture, I found my interests and client base gradually moving more and more towards the graphic representation of the built environment above the design thereof.

Our shared goal and the philosophy upon which The Boundary was founded is to always push the boundary of what is possible in the 3D space and stay ahead of the curve in the ever-evolving field of architectural visualisation.

Comparing The Boundary to traditional architectural firms, how is The Boundary different, and what sets you apart?

The Boundary is fundamentally an architectural visualisation firm with architectural expertise.  Peter and I are both architects and Henry Goss Architects maintains the architectural design side of our architectural services. This typically involves designing buildings and spaces intended for sole use in the virtual environment rather than for physical construction.  This includes creating locations for advertising campaigns such as our Hunter House project, concept stores for furniture manufacturers, virtual reality museum spaces for the display of art collections, or indeed, designing conceptual projects to showcase 3D software (example: SketchUp). We also still build small, fun projects occasionally, such as Lode House extension, which won an award from the Royal Institute of British Architects.

In short, what sets us apart is that we are both world-class visualisers and award-winning designers. This allows us to provide a top-level, integrated design and visualisation service which is unique in the industry. 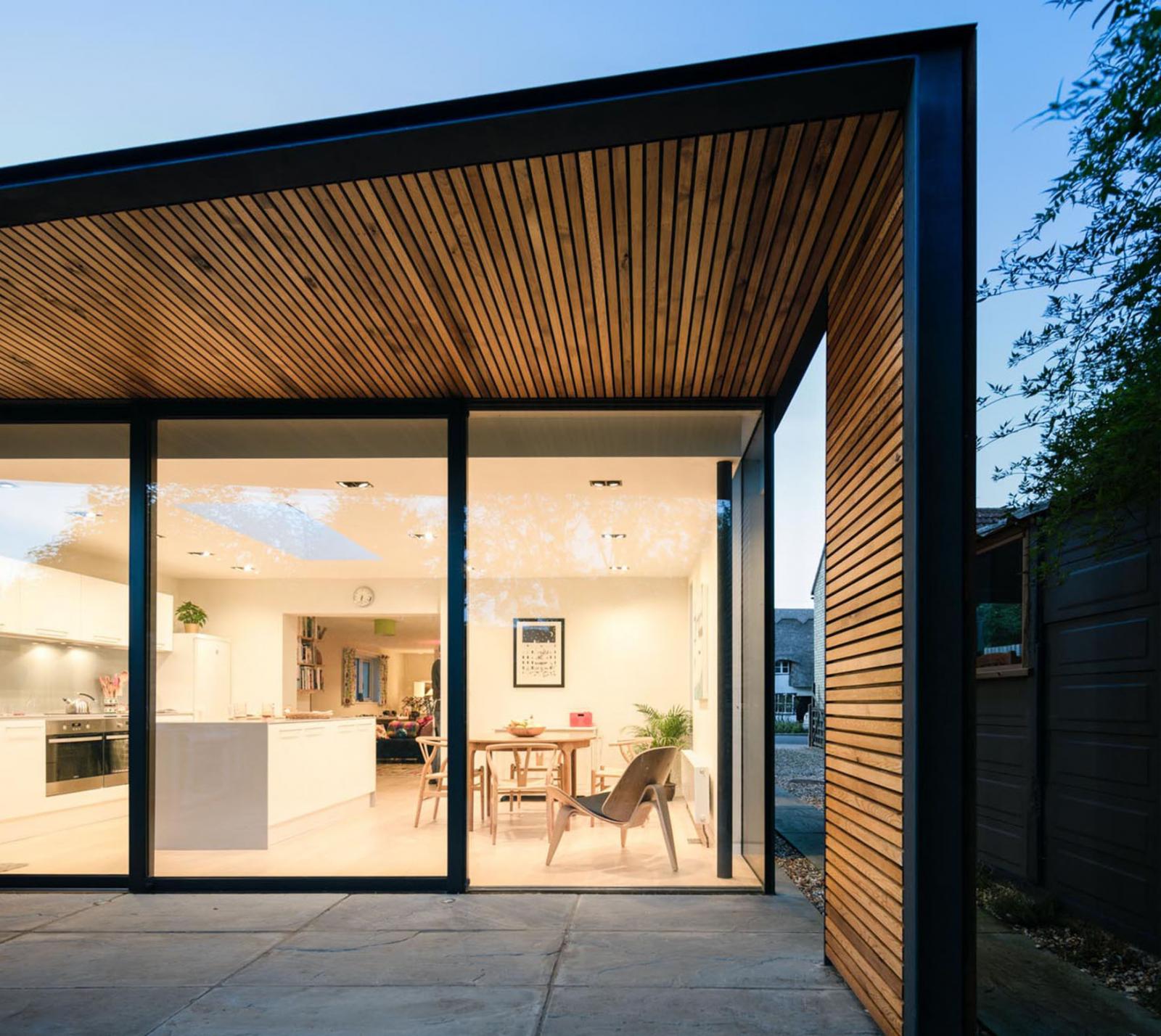 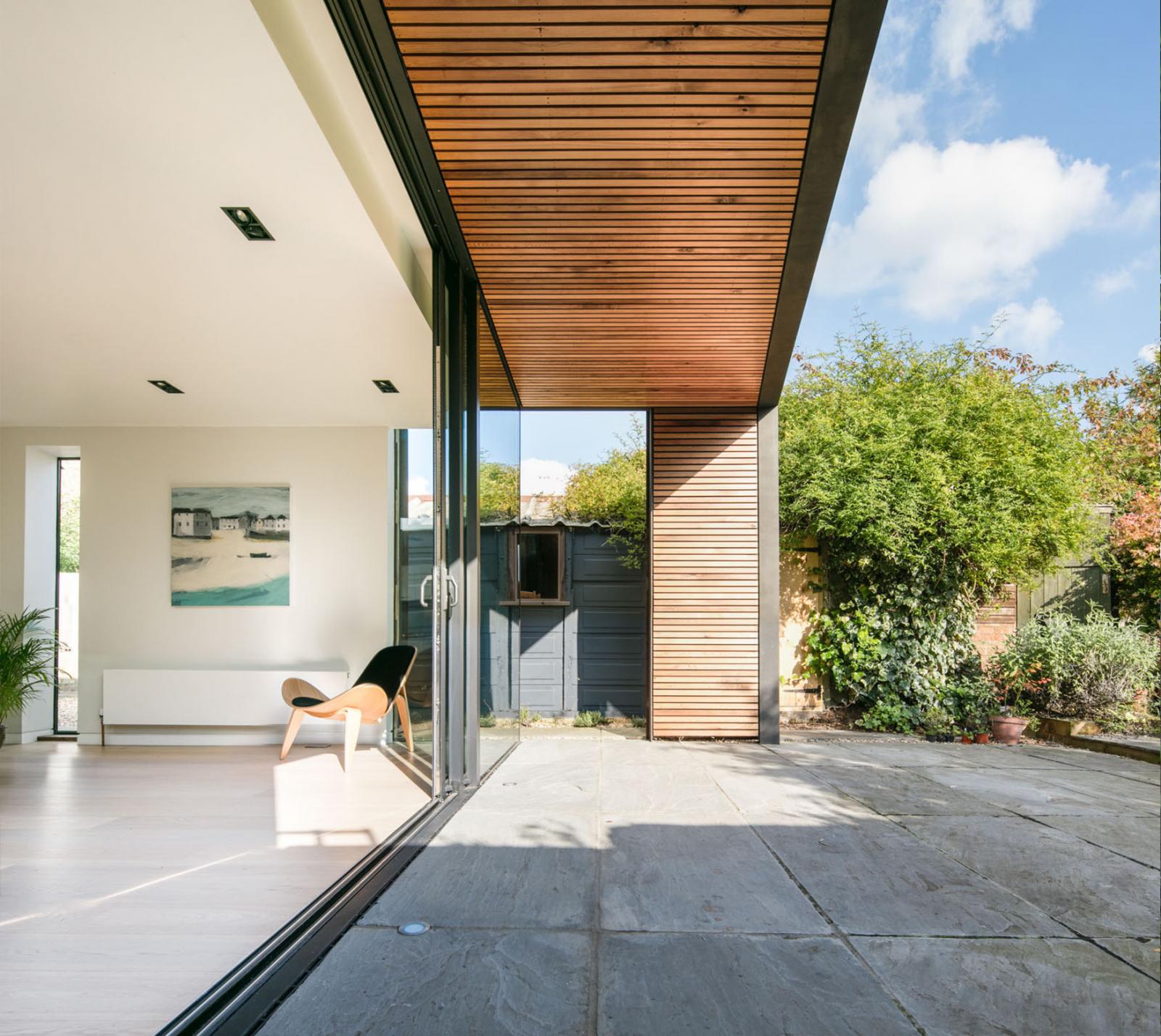 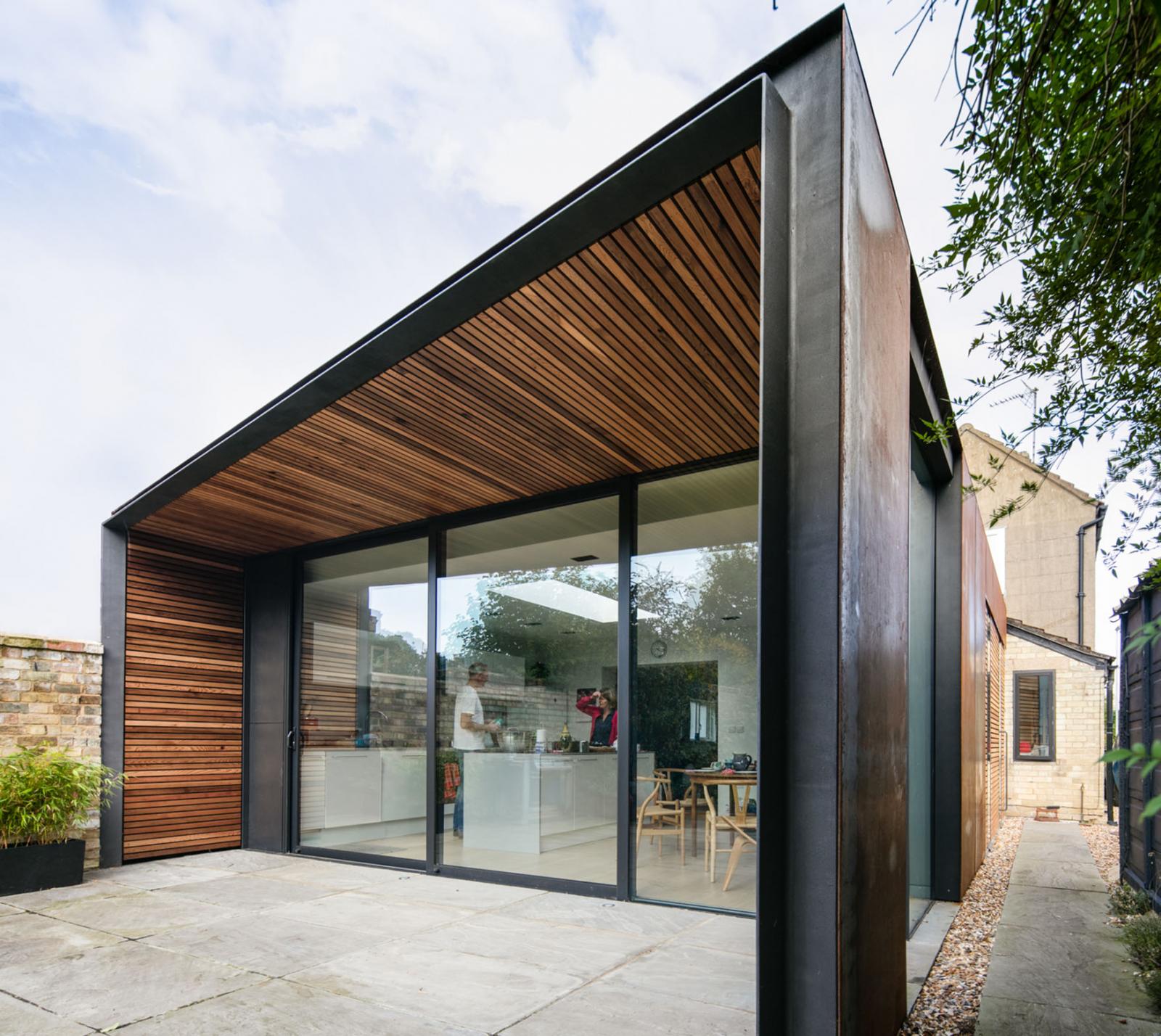 Lode house is a RIBA award-winning project that was conceived, designed and detailed using Sketchup.

You have an architecture background. How do you use that skillset in your current role at The Boundary?

We, therefore, use our architectural expertise on a daily basis when working on our own design projects or with other design teams on visualisation projects.  Architecture is at the core of everything we do. We have had the privilege of working with seven Pritzker Architecture Prize-winning architects during the past decade including Tadao Ando, Herzog & de Meuron, Richard Meier, and many more.

Using animation to highlight the visualization of a project

What is the importance of an architectural background in visualization?

Very useful but not essential.  The key thing which I always see in arch-viz artists who have some degree of architectural background is an in-depth understanding of the subject matter.  Although this is not a prerequisite, any more than being a landscape photographer requires a background in forestry or geology, there is obviously something important in understanding not only what something looks like but why it looks like that when considering how best to represent it in the virtual environment.

How did you become so immersed in the world of 3D rendering?

3D graphics in architecture, be it rendering or hand drawing, was a passion of both mine and Peter’s since studying architecture at university in the '90s. At the time there were so many comparatively primitive 3D programs available, but none of them had become the standard go-to programme for aspiring architects in the way SketchUp did in the years that followed.  When practicing as architects, we both tended to get involved with the visualisation side of all projects at our respective practices. We saw this as a desirable role in contrast to many of the other architects who viewed rendering as an inferior task which could be carried out by junior members of the team.

You mentioned that more junior associates normally do the rendering portion of a job. Could you speak more about any challenges between traditional architecture and visualization? Do you see these challenges within your own team?

We are very lucky to have an extremely cohesive bunch of incredibly talented individuals in our team and there is rarely tension amongst them. That said, there is often tension between architectural design and the graphic representation of that design. There are, in fact, usually at least three disparate views involved in this creative triangle all with varying priorities. The architect who is preoccupied with the building itself; of course, the visualiser who is often more interested in the atmosphere of the place, and, the client who (particularly in marketing images) is interested in sales, investment, and fundraising. This circle is not impossible to square but it can sometimes be a challenge.

What are some advantages of using visualization tools?

We aim to use as much 3D environment in all our projects as possible and not rely upon photographic backplates or photo-montages.  This enables us to maintain total freedom and flexibility when it comes to lighting, composition, mood, and atmosphere without being constrained by the obvious limitations of pre-shot photography. Arch-viz is the core of our business and is an essential component in the marketing and sales of all unbuilt projects. When considering competitive bids for architectural commissions directly it is the most important weapon in our arsenal of presentation tools as it makes the proposal accessible to all and most importantly the decision-makers. 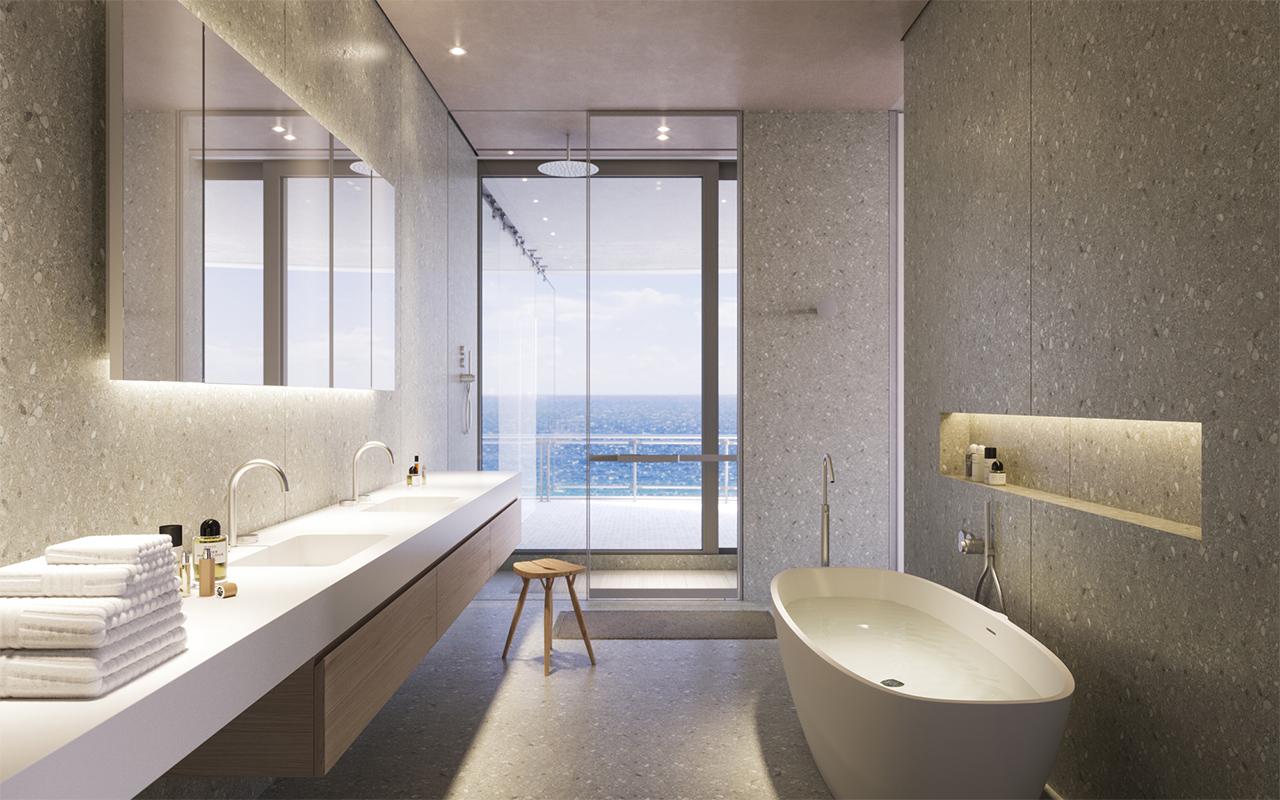 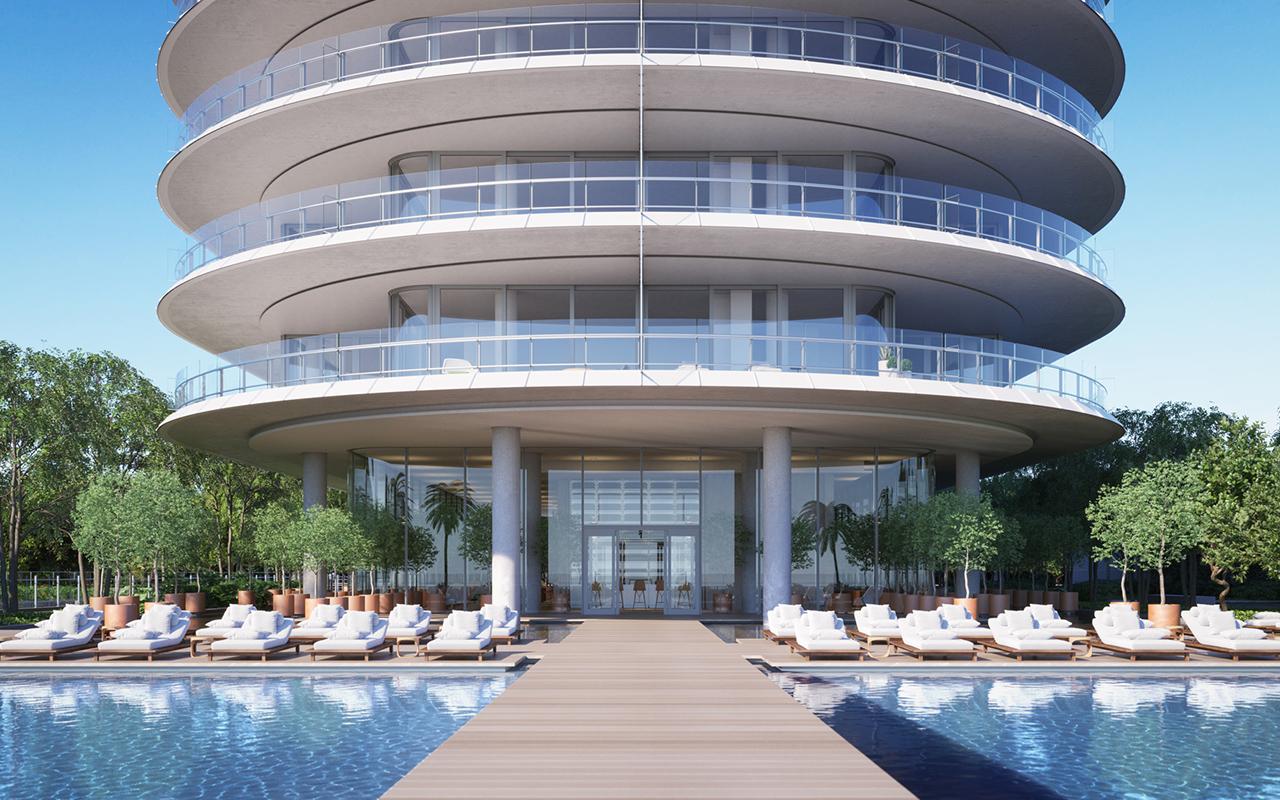 Incorporating lighting, mood, and composition into The Boundary's 87 Park illustration.

What is your current workflow in SketchUp?

SketchUp is the main modelling tool we use to provide the base for any architectural rendering project. We remodel all building components for all projects, regardless of the model information provided to us from the design team, so we know we are starting from a solid base. We then export the SketchUp geometry into 3ds Max for texturing and lighting.  We also add landscape, furniture, and accessories here.  Next, we render using Corona Renderer for 3ds Max or export again from here into other programmes for other purposes such as Unreal Engine for virtual reality or ZBrush, Marvellous Designer, etc. for adding detail.

A video highlight of the Petersen House. You might recognize this conceptual house from the SketchUp website.

Why do you and your team enjoy using SketchUp?

Speed, simplicity, and ease of use. Particularly when dealing with orthogonal geometry in architecture, SketchUp is an incredibly powerful tool in the 3D visualisation industry.  We also use SketchUp a lot in design work as it is sufficiently fast and flexible to allow one to forget the tool and concentrate solely on the creative process. 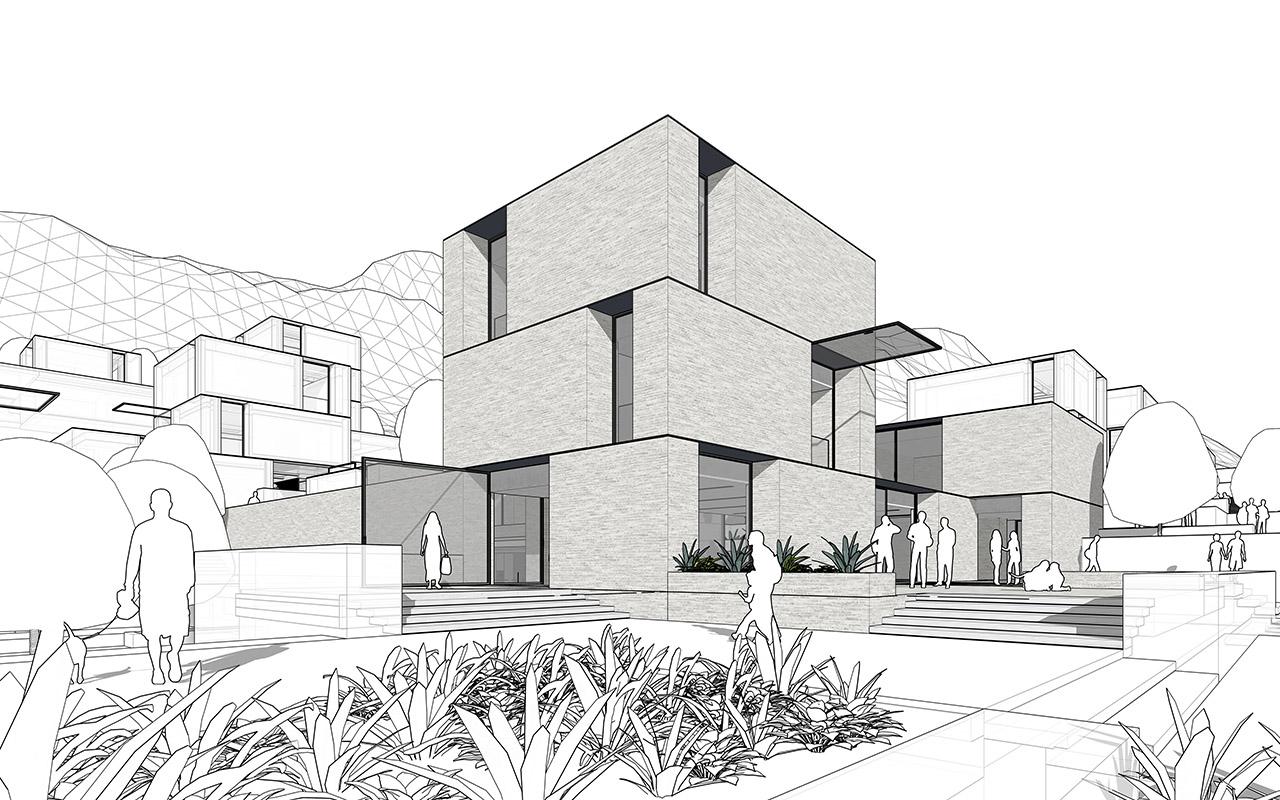 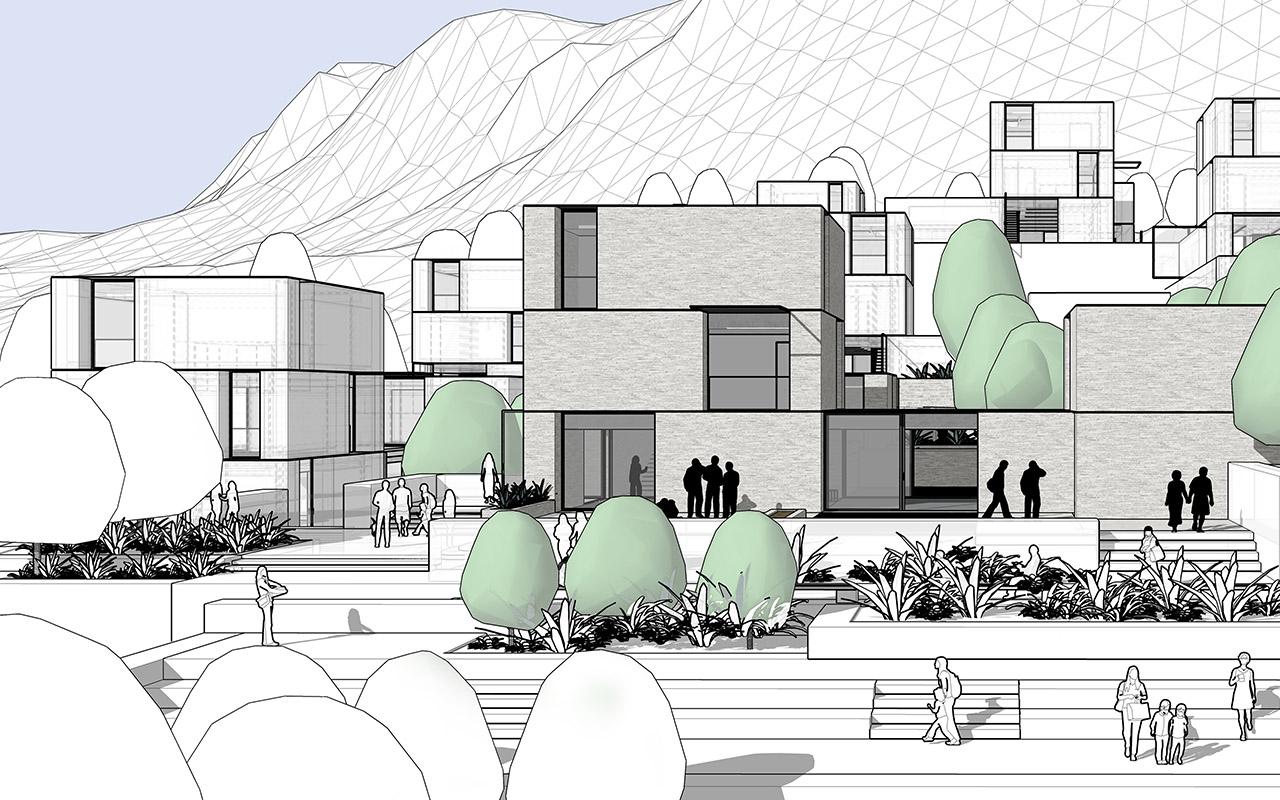 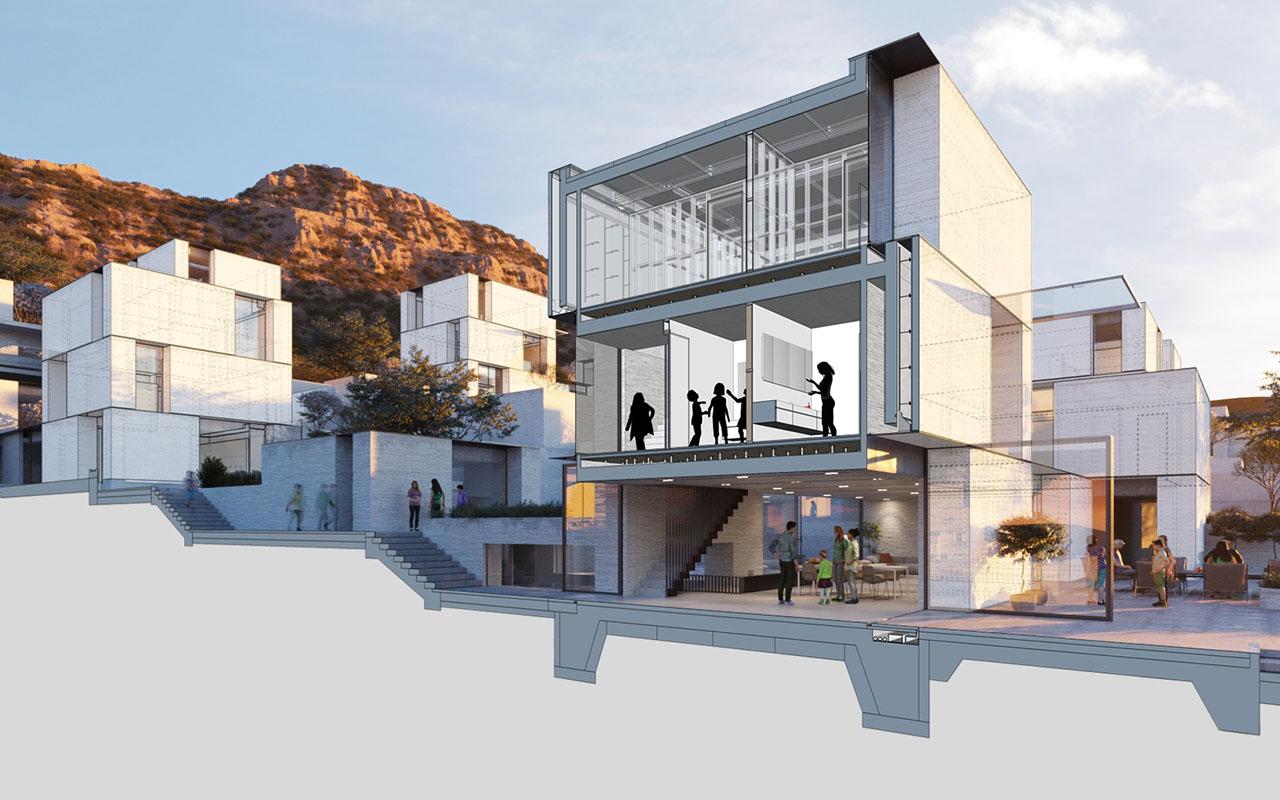 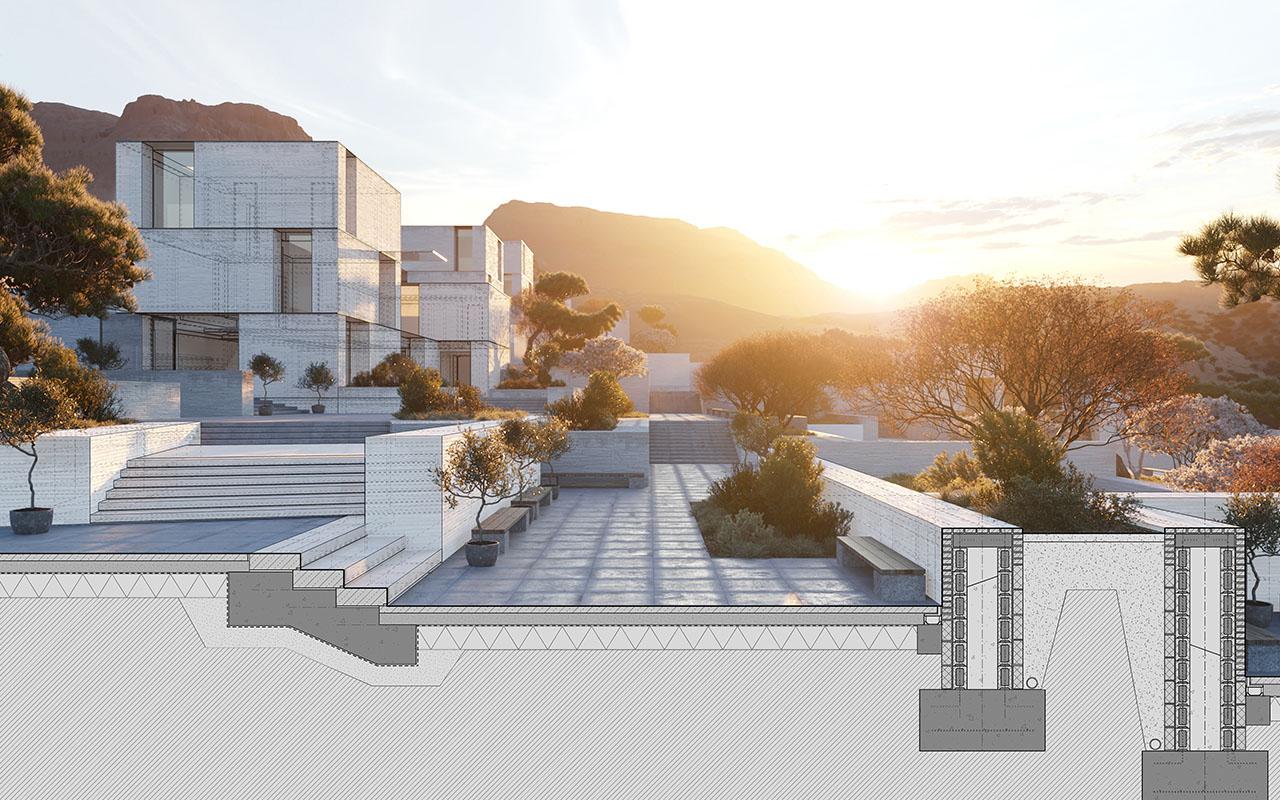 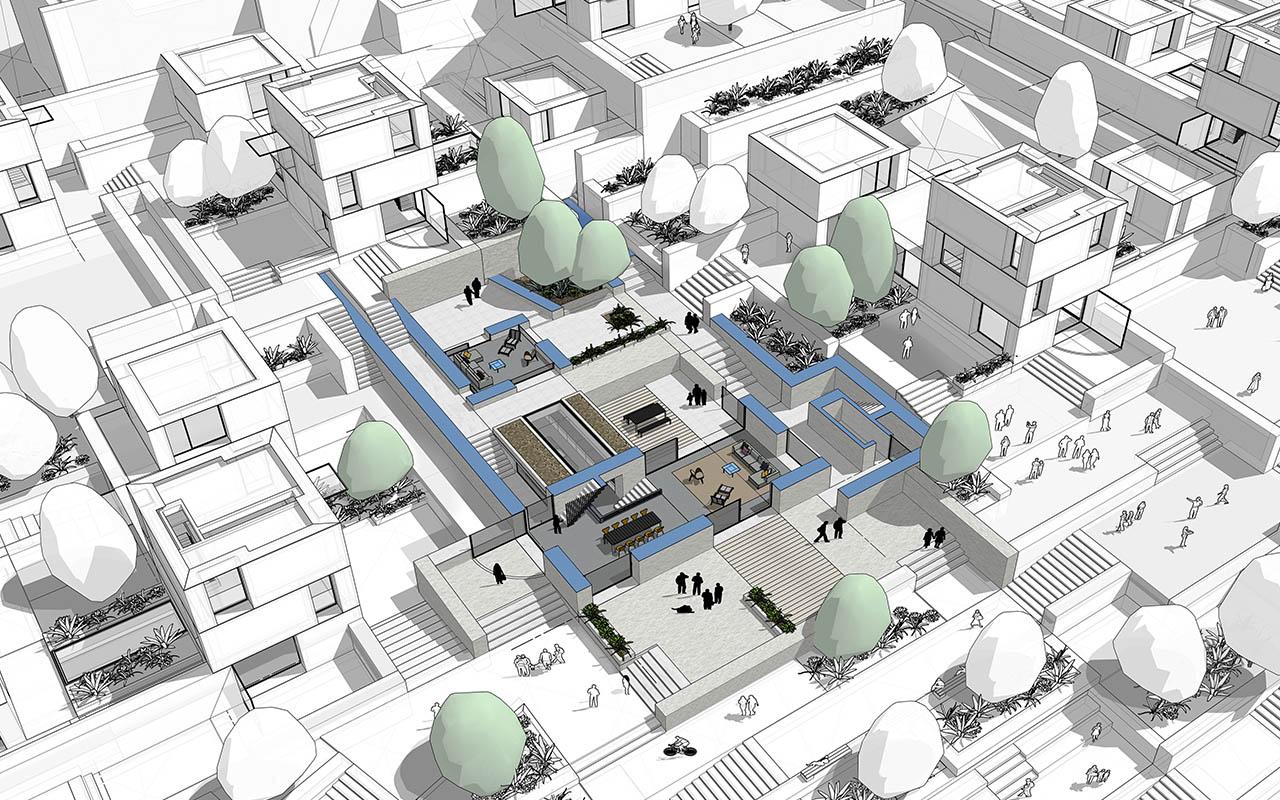 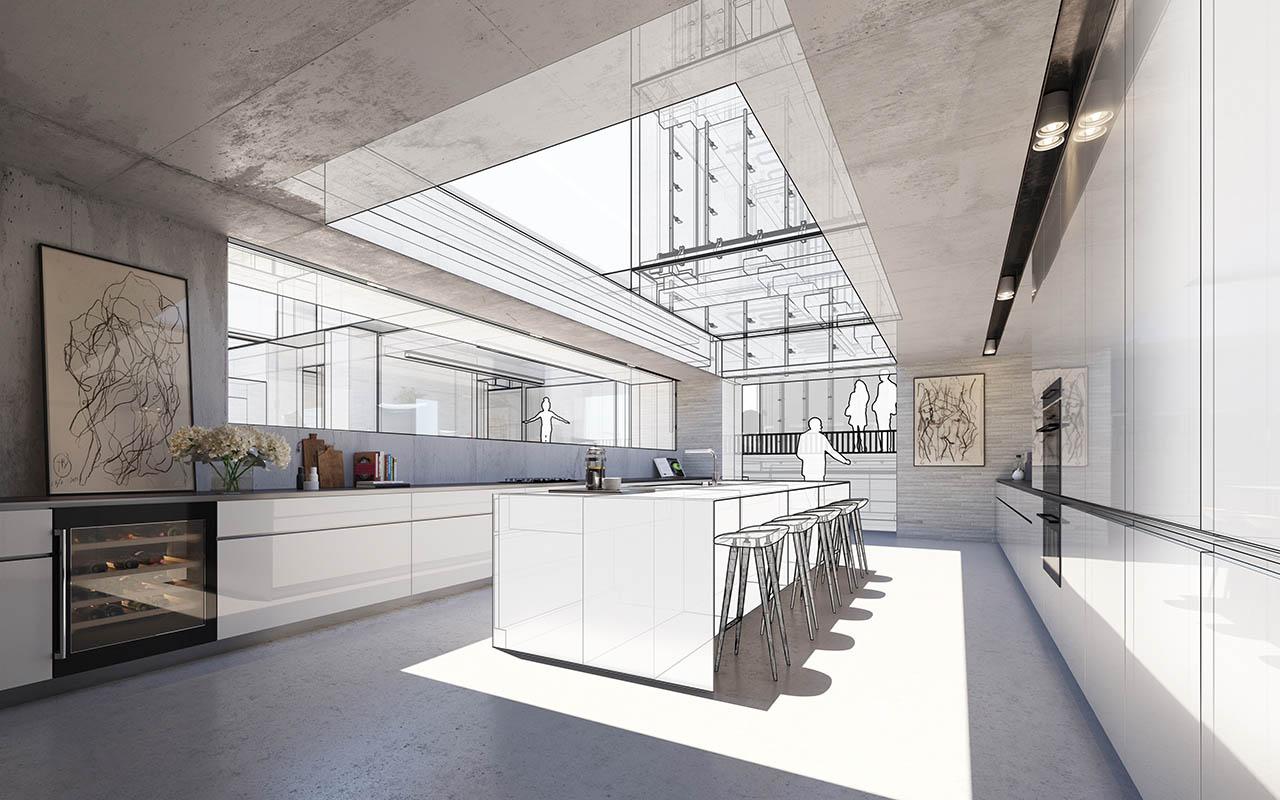 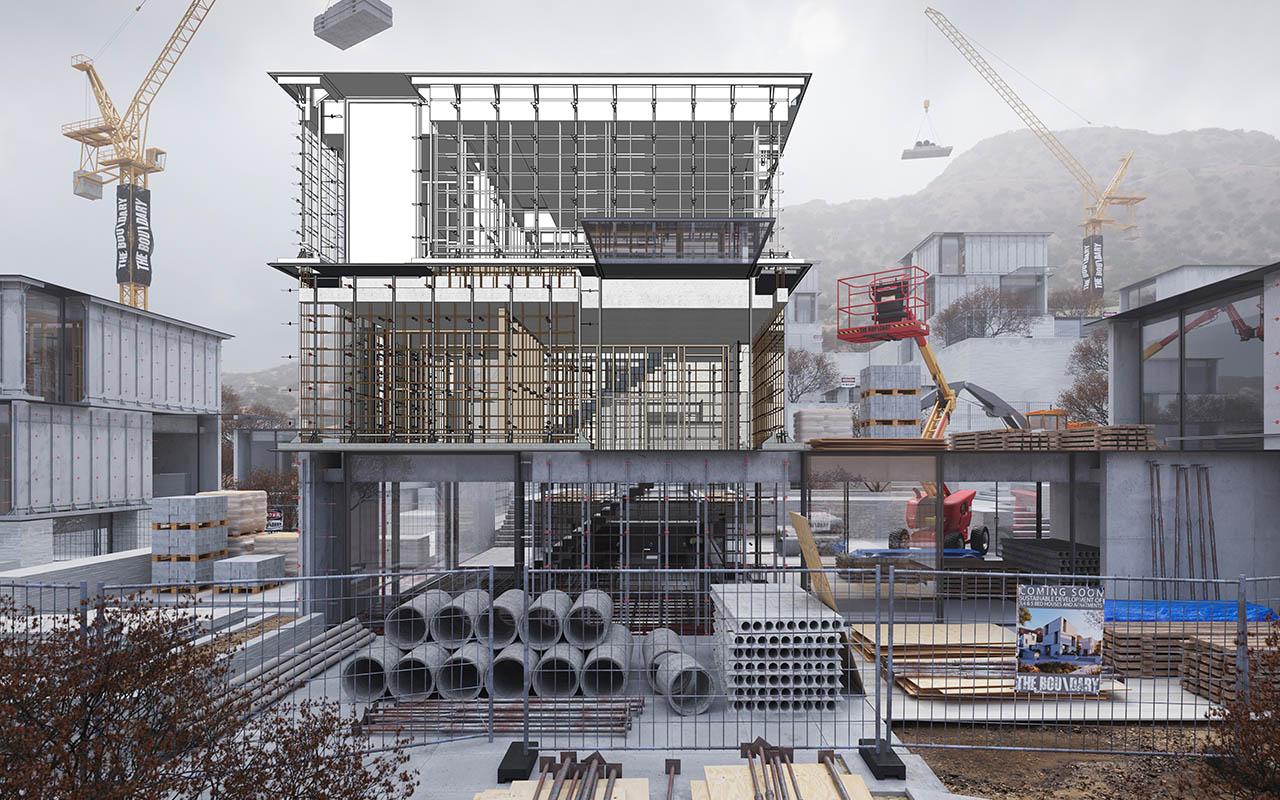 From sketch to renderings, these images showcase the Petersen House design used on the SketchUp website. Scroll through to see them all.

How much time does SketchUp save you when creating models?

For concept models and creative design modelling, there is no faster tool.  Also, for modelling buildings from CAD information to a very high level of complexity, it is still the fastest solution in almost all cases. We actually had a modelling race of a simple building a few years ago with SketchUp against other modelling programs including 3ds max.  SketchUp won.

How was the process of designing imagery for SketchUp’s recent website redesign?

This was a dream project in a way as it allowed us to utilise both our creative design skills, rendering, and animation skills with a large degree of freedom.  We treated this project in much the same way we would any architectural commission but were unencumbered by the usual constraints of planning authorities, building regulations, budget, or programme. Other challenges were imposed which were different from normal construction projects included having to think about how the project might be suitable for showcasing the many different uses for SketchUp in a single project including architecture, construction, and landscaping. Working with a great team at Trimble, we were given incredible freedom and trust to create something which we are really proud of and hope it will be the first of many collaborations.

The Petersen House in action.

What are some of the other projects that you are most proud of?

87 Park by Renzo Piano was one of our first major international commissions as The Boundary and set a new industry benchmark in architectural visualisation on a large scale commercial project. Five years later, this project still stands up against the best that most people in the industry are achieving. The building was of course modelled in SketchUp from the architect’s working drawings. Our Hunter House project was also an interesting project which was not dissimilar to the Petersen House for SketchUp. In both projects, it was essentially a concept house which we were able to design and render with a great degree of freedom and one which we have used many times subsequently for various marketing campaigns including Mercedes Maybach. 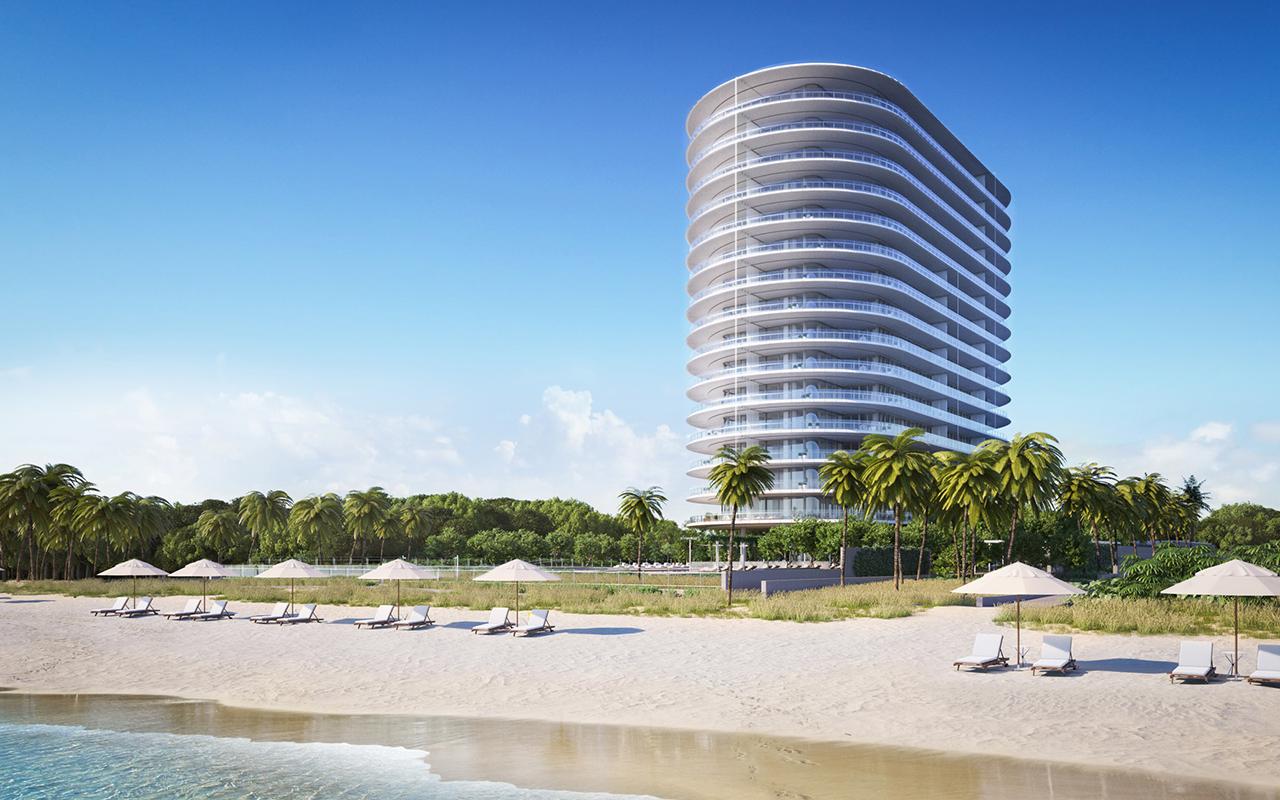 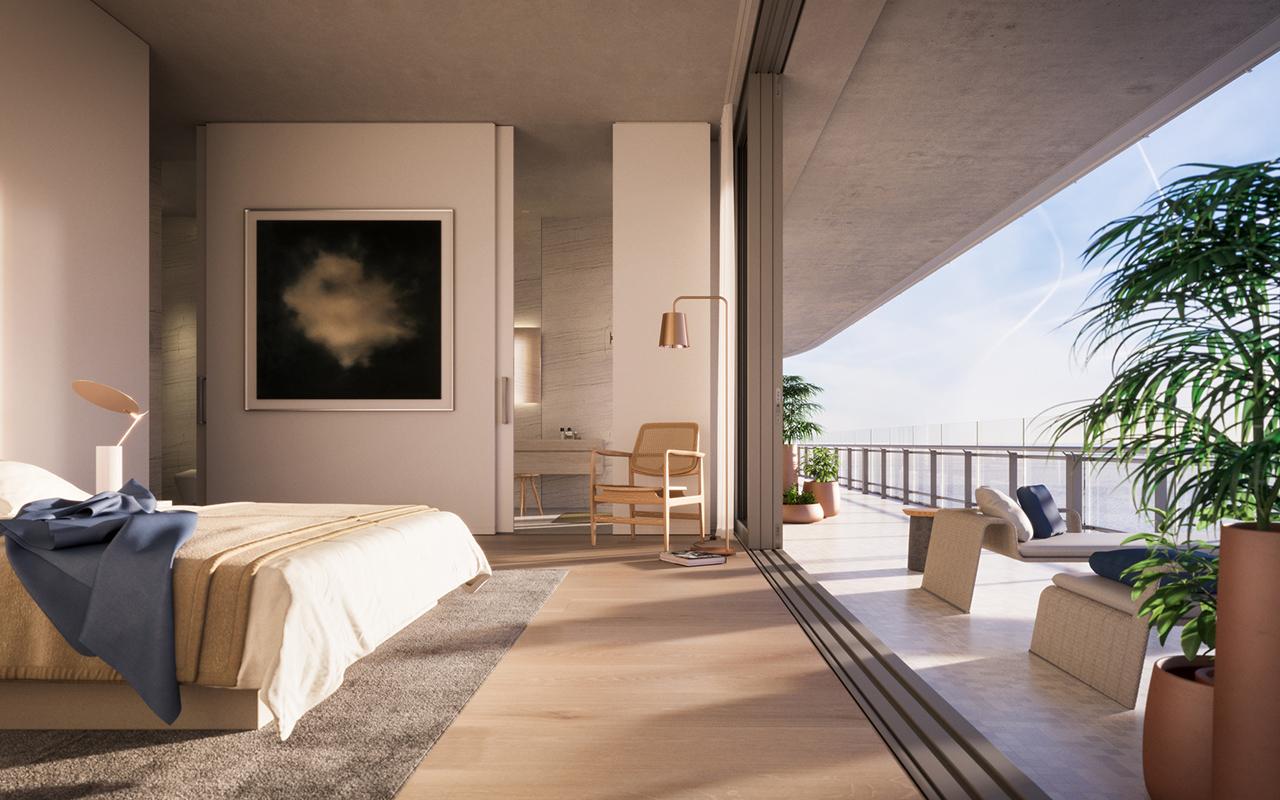 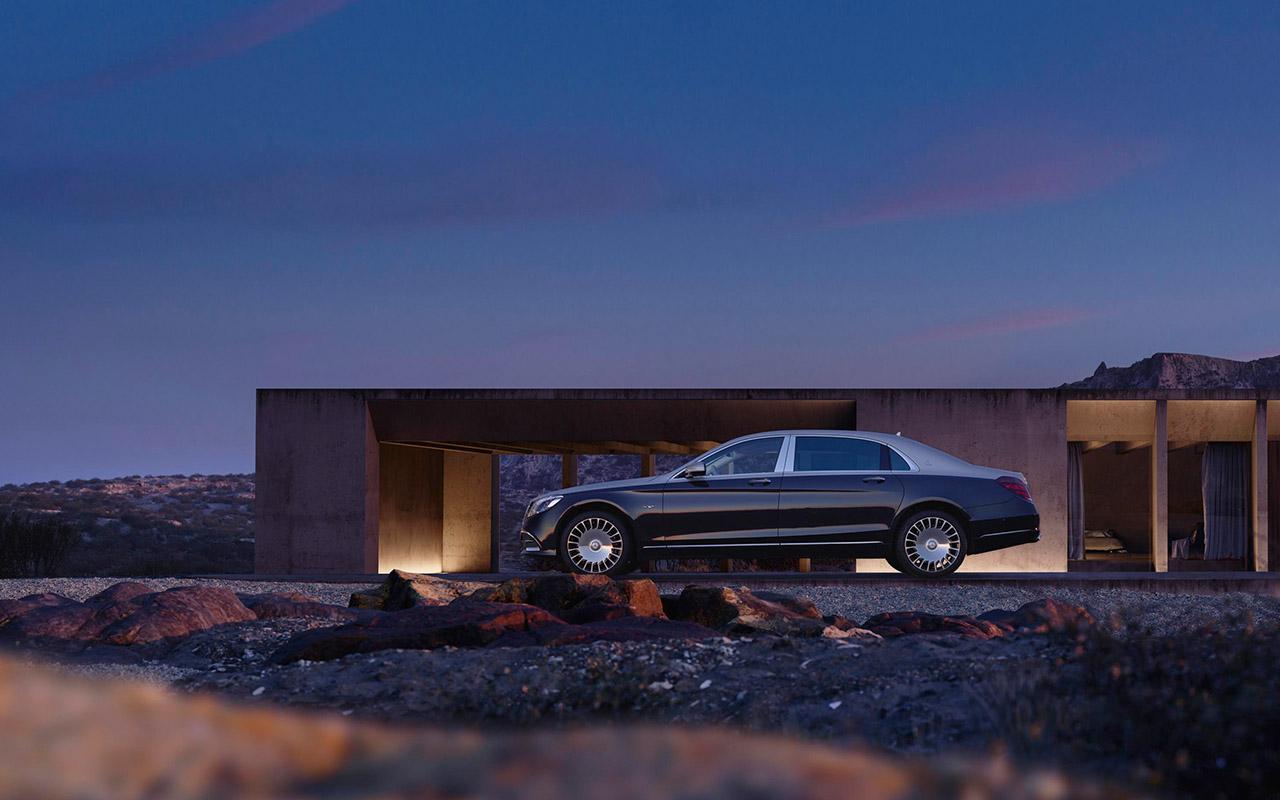 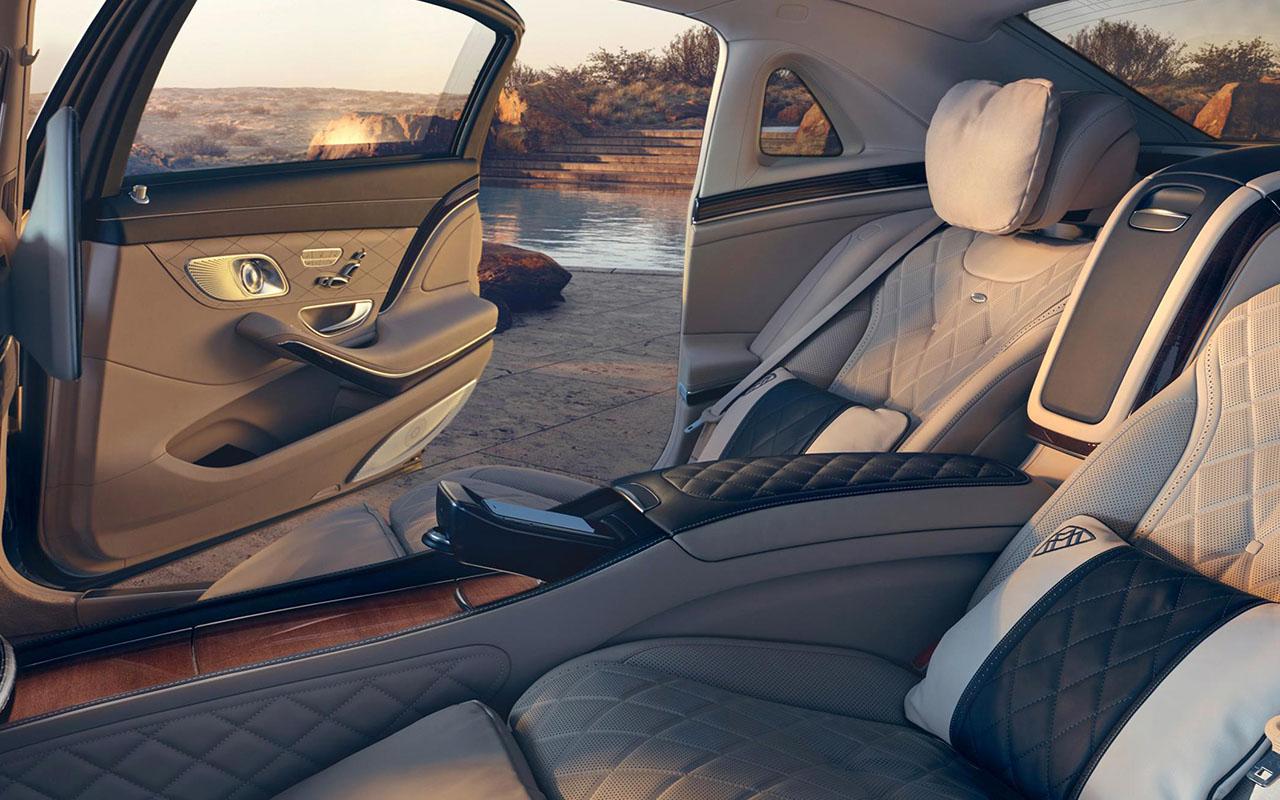 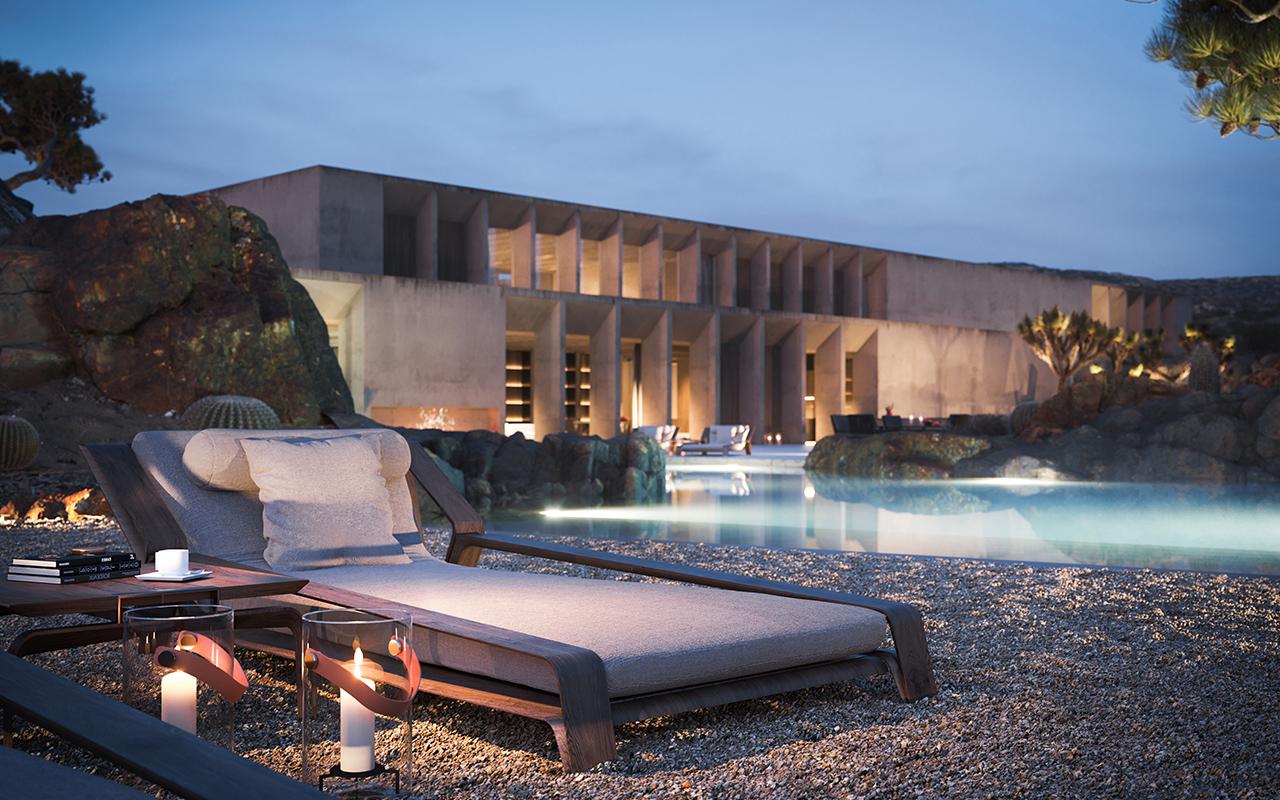 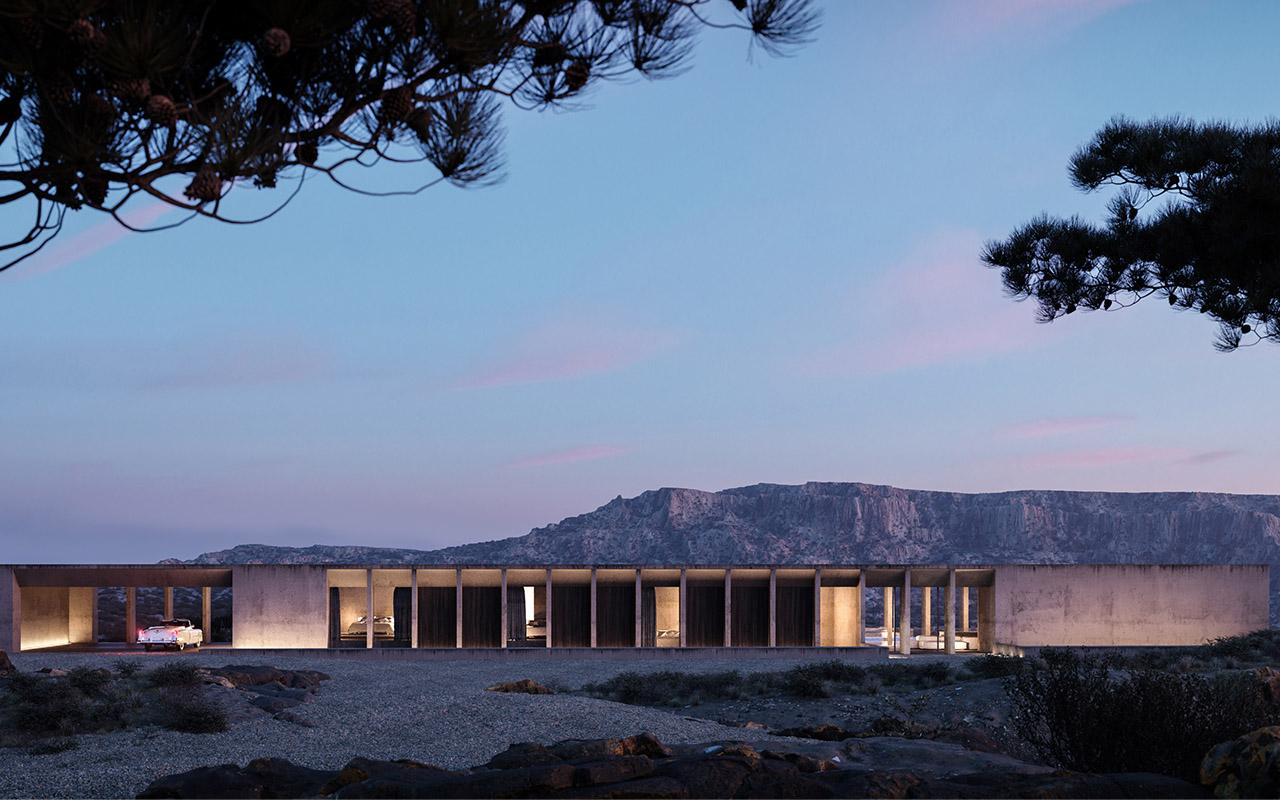 Are there any upcoming or current arch viz trends that are important to your workflow, or you are excited for?

Real-time rendering and virtual reality are making a big impact in the 3D world.  We have invested heavily in these technologies during the past five years or so in recognition of their potential future importance. Augmented reality is also fast becoming an important area with an application such as SketchUp being made more and more accessible to the general non-tech user.

What is your favorite native SketchUp command?