Full-time comic artist JongBeom Lee recalls paving the way through the comic industry with help from 3D modeling software. His debut wouldn’t have been possible without mastering SketchUp and developing his comic series, Dr. Frost, which caught the attention of TV producers. Passionate about storytelling, and the sharing of his ground-breaking workflow, he revolutionized the Korean comic industry with advanced technology.

All media courtesy of JongBeom Lee unless otherwise stated. 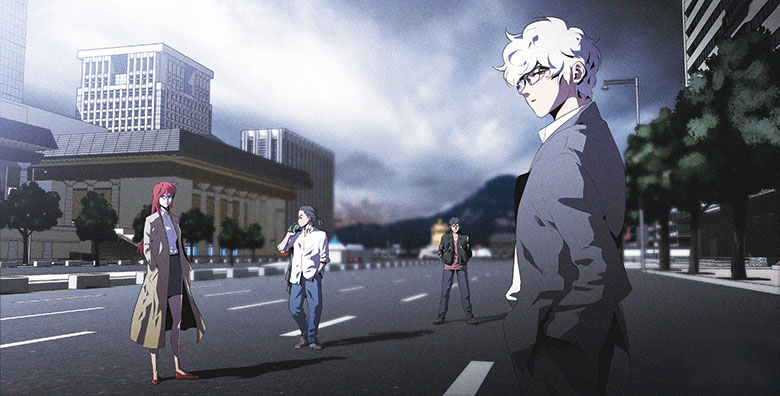 The road to becoming an artist isn’t the easiest. Share with us your journey and if you struggled with the concept of being “successful” in your early days?

I grew up reading comics, and I started drawing when I was eight. I didn’t dare show my drawings to anyone until elementary school. My friends fought over my Dragonball drawings the first time they saw them! The success with my friends gave me a lot of confidence because my parents were more critical. Having confidence made the aspiration of becoming a comic artist natural for me.

It is an uncommon ambition; I didn’t try to get career advice from anyone and focused on my art anyhow. Having satisfaction in my art motivated me to keep moving forward. In the beginning, there was a distinct feeling that I was missing something important in my stories — background information, genuine characters, and developed plot lines. When it was time to pick a major at the university I attended, I chose psychology. My major was a venue for dissecting humans and culture, all in the name of developing rich plots in my comics.

My career started with Webtoon (digital comics meant to be read on smartphones). It wasn’t all smooth sailing, but it wasn’t a huge struggle because making comics is what I do every day. I sent new episodes to publishers every couple of weeks. There were more than ten rejections, but I finally got a call from a publisher after the tenth episode! Making money was not the priority; I wanted to be distinctive and known for my work. Most green artists do not have confidence, but think they can succeed financially; most will give up before going too far with that mindset. 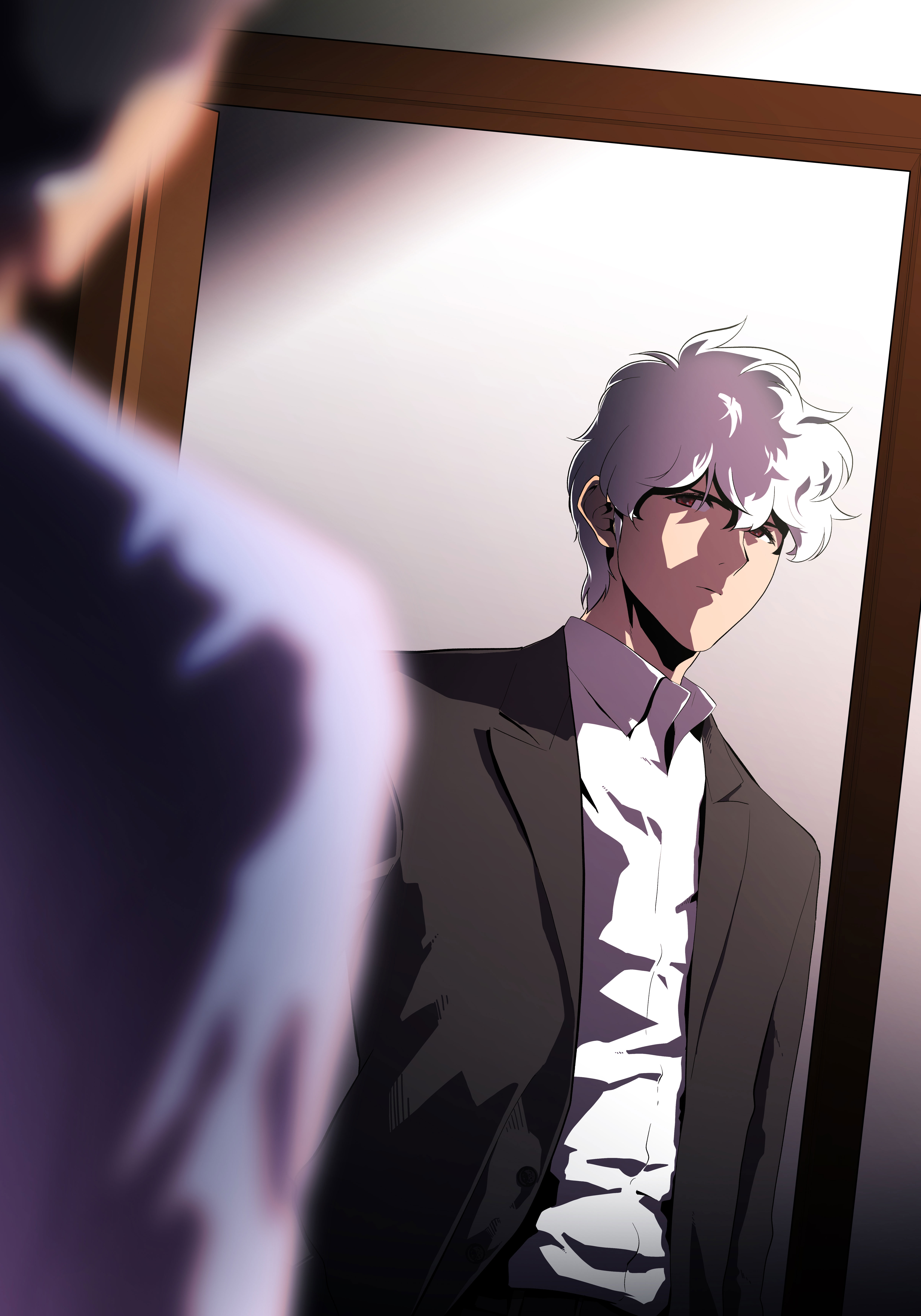 JongBeom’s second comic series, which recently ended in the fourth season, features protagonist Dr. Frost; a genius psychologist who can't feel certain emotions such as sympathy or affection. Using research, case studies and with his mentor’s guidance, he counsels and goes through the journey of understanding himself.

What do you like most about what you do?

I believe my role as an artist is to expand and enrich my readers’ lives. As a storyteller, it’s a fantastic feeling to get my readers to “know” someone different from themselves and jump out of their day-to-day routine.

During the publishing days, many people couldn't make their debut as comic artists; they had to abandon their dreams because it was too challenging to draw detailed and realistic backgrounds. There were some background artists who worked with publishers but I couldn’t pay for one back then. I also wasn’t able to reach a satisfactory level of expertise even after training for a few years.

I noticed my friend was using SketchUp on his architecture project and thought SketchUp would be a perfect solution for me! SketchUp can make 2D drawings but orbit in 3D. It was mind-blowing! I immediately downloaded SketchUp and set out to learn it. There were very few tutorials then; I motivated myself to make models with a drum set, saxophone, car, or backpack — all the stuff I liked, but couldn’t afford. I searched for the coolest interior designs for my dream studio and reproduced them in SketchUp. I use Style Builder to create my “art of line”-- as how comic artists call it – so the background sketches will harmonize with my drawings. I also use Photoshop for inorganic materials and for a consistent color palette.

“During the publishing days, there were many people who couldn't make their debut as comic artists… because it was extremely challenging to draw detailed and realistic backgrounds. After 2 years of practicing SketchUp, I finally released my first comic series, Queen of Investment.” 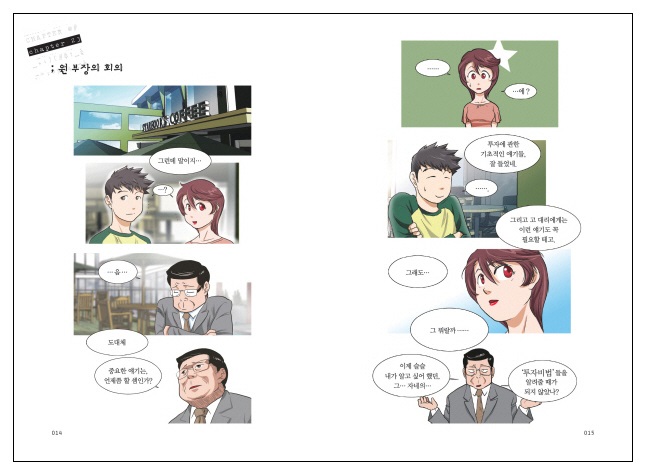 A comic excerpt from Queen of investment, the first-ever comic series about finance.

What is your workflow like, and are there any advantages to working with SketchUp?

First, I do a discovery phase where I organize the story in writing, which is similar to writing screenplays for a movie but without the formatting. Comics have a blueprint working stage called 'Conti', which looks like a storyboard from a movie or animation. Conti is the most important process in making a manga, as almost every element is finalized. At this stage, I select images for the background which I create in SketchUp by view angles and place my characters on it.

“SketchUp is fast and useful. It stimulates my creativity and influences my ideas. I can imagine and visualize how people will move in the space I’ve created. This makes my story even stronger and more impactful.”

Which SketchUp native tool do you use the most?

The walkthrough animation. I can navigate, recognize, and see the scene in other people's heads. I also use the Stamp and Copy tool.

I remember giving a presentation six to seven years ago at the International Comic Artist Conference (ICC), which brings together artists in Asia, South East, and South Asia.

“There were more than 300 attendees, and the audience was astonished when I did the demonstration in SketchUp. Buildings that would usually take several hours to draw, I finished in 15 secs. I created multiple copies on the vertical axis with a single floor of an apartment, and, voila, an entire building was completed! There’s more time now to focus on real, story-telling work than drawing backgrounds.”

At first, there was resistance from traditional artists who believe that pure, manual work is the way to go. Five or six years after the event, some of these artists reached out to me and asked me to train them. I’ve been training artists in Korea for seven years.

“There’s a huge market for background artists, approximately 80% of them are my students and they sell their work online, just like stock images. It’s now a profession to be a SketchUp modeler for comics!”

JongBeom drew a house from scratch and demonstrated converting it into a comic drawing using Style Builder on his YouTube LIVE.

Dr. Frost was made into a TV series in Korea. How did that happen?

In Korea, many producers turn Webtoon comics into movies or dramas, such as “Hellbound” and “All of us are dead”. Webtoon is an efficient experimental ground to gauge the public's reaction. My work caught the attention of drama production companies in the same way.

“The art team actively referenced the SketchUp backgrounds I made. They requested all SketchUp files and replicated them for the drama set. With these files, the art team could work quicker in comparison to other films.

Are you working on any new projects right now?

I’m looking at approaching storytelling in other ways; making visuals is just one means to an end. Webtoon is evolving quickly. From storytelling to drawing style to directing methods, Korean artists are exploring new paths, Unity and Max are trending programs at the moment. I’m currently studying with game engines as a way of duplicating people to create crowds.

“I love using software; to me, it’s like playing a game. SketchUp feels like meditation for me. If I get rejected by an editor or I’m nursing a breakup with a girlfriend, designing buildings makes me feel calm.”

I recently started a new company, and I’m exploring ways to use my talent in storytelling with my teams using new technology.

It sounds like you have many things going on, is there any advice on managing time?

For me, I take a deductive approach. I’ll draw a picture of what I want and then frame my daily life. Reality is hard, so if I start planning from reality, I end up getting stuck in the problems of reality and think that I can't do anything else because I'm drawing comics. So I’ll put reality aside and find a way to satisfy what I want, even if it seems impossible. Of course, there will be some giving up along the way, but in reality, you can achieve more than what you plan to start with.

What advice would you give to struggling, new artists?

In my opinion, if you encounter difficulties doing what you want, it is more important to persevere. It is difficult to cope when you don’t know where the finish line is. For example, if you’re running a marathon, you’ll know the run is completed when you hit a certain distance. However, if you don’t know how far you need to run in order to complete the marathon, it’s hard to continue.

I overcome this situation by understanding myself. I’ll self-interrogate when I do something or make a decision. If I don’t know my “whys”, the vagueness is greater and harder to endure. When I choose to work on things, I’ll find my extreme high and low points. I also often observe myself, on what I can’t stand and the job that I can keep doing. By connecting these dots, I can work through problems and keep moving forward.

Ready to use SketchUp for comics? Become a subscriber, or try it out using a free 30-day trial. 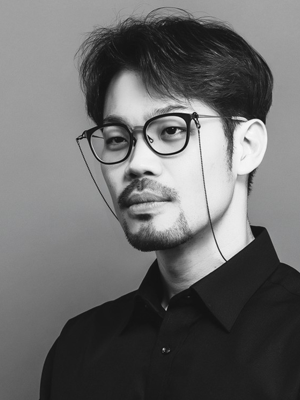