Recently, a team of Googlers traveled to Peru and celebrated the winner (and community) of the Google International Model Your Town Competition. Jorge De Albertis of Lima won through a process where people all over the world voted for one of five finalists. His ability to win so many votes was a testament to the power of a community coming together to support Jorge’s efforts. His contribution to creating 3D models of many of the historical buildings in the Barranco District of Lima has garnered a lot of attention in his country, and worldwide. There were four majors parts to the celebration: 1. As part of the winning prize, Google gave a donation to a public school of Jorge’s choice. Jorge talked to the students and staff at a ceremony in the school’s courtyard, and we presented a large check to IE 7053 Reino De Espana Public School. Googlers helped students with a hands-on paper 3D modeling project, where they constructed models of the buildings Jorge submitted for the competition. The school graciously hosted a celebration for Jorge and Google, which included a welcome by student marching bands, traditional Peruvian dances, ballerinas, theater acts, singing, and a poetry jam. 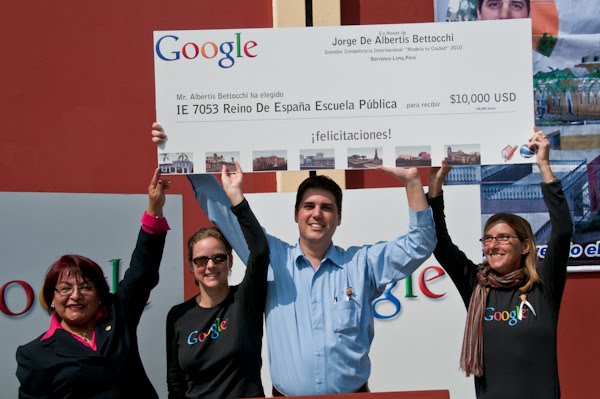 Click here to see more photos from the events. 2. Jorge and Google hosted a series of tech talks to over 80 design and architecture students and faculty at the University of Lima, explaining how others can get involved with modeling their communities. Demos were presented on Jorge’s projects, SketchUp, Map Maker, and Building Maker. Watch a video of an interview with Jorge at the University of Lima. 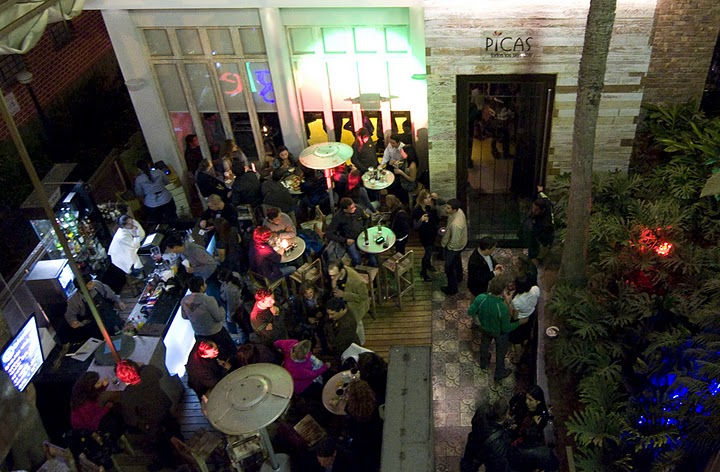