It's the simple stuff that matters

This opinion, from our very own @jbacus, is re-posted from the Architosh blog.

In 1974, shortly after graduating from the Cooper Union School of Architecture, George Chaikin invented a quietly elegant technique for drafting curved lines of remarkable complexity using only a compass and straightedge. “Chaikin’s Algorithm”, as it is now known, approximates smoothly curved lines by progressively cutting the corners off a series of connected straight line segments. If more smoothness is needed, the draftsman simply knocks off another set of corners. And so on and so on until the desired smoothness is achieved.

To someone who has drafted by hand, this algorithm is intuitively obvious. In fact, the explanation probably sounds a bit silly. However, It turns out that this algorithm also makes it possible for computers to represent smooth curves. Mathematically, Chaikin’s Algorithm produces quadratic Bezier curves. In other words, Chaikin’s algorithm creates the same kind of curves that Adobe Illustrator does.

I had the good fortune to study with George at Cooper Union when I was a student there in the early ‘90’s. George’s computer class (the only one taught at the time in the School of Architecture) was an unusual sort of class. Perhaps more like a design studio than a programming class. I learned, based on things like George’s curve drawing algorithm, that a pencil is a pretty powerful piece of design technology and there are not many forms that can’t be precisely described with one.

Of course, computers can draw 3D form on screen many orders of magnitude faster than I can with a pencil on paper. Graphics pipelines running on specialized hardware can transform and draw 3D models at 30+ frames per second. With a pencil, my (personal) frame rate is probably less than 1 frame per minute. For a really simple model. Computers are always faster, and faster is always better. Right? To members of the first fully digital generation, this probably sounds pretty obvious. But if all I want is a single 2D view of a 3D object, paper and pencil is probably about as fast as modeling the entire object and letting the computer draw that 2D composition for me.

The transformative moment for me, when drawing on a computer changed the way I design, came when I wanted to have a look at what I was designing from some point of view that I didn’t know I was going to want when I started. When I picked up the model and spun it around. As I moved my point of view, I got a smooth transition — I could watch the model move by in front of my eyes. I didn’t get lost. I could have a cinematic sort of experience as I zipped from place to place in the model, experiencing multiple points of view as quickly as I could move my mouse. The computer transformed the experience of space simply by drawing fast enough that I could see past the individual frames and fall into the immersive spatial experience we call “3D”.

If the success of SketchUp is any indication, the design tools of the future will not only work primarily in 3D, but they will be much simpler than what we’re using today – simple like a pencil and straightedge is simple. As designers, we’ve got about all the “powerful” we need for a while. If you’re like me (and like most software users), you use less than 10% of the features available to you more than 90% of the time. The word processor I’m using to write this essay has about a dozen buttons in the toolbar, of which I’ve used a total of three. I downloaded it for free from the web, and this essay is the first time I have ever used it. This is a great tool for writing. Not particularly “powerful” from a feature perspective, but it does every single thing I need a word processor to do.

Simple tools are not just easier to use. They are also easier to share. When we released a free version of SketchUp back in 2006, we found that both architects and their clients started building and editing 3D models. Some architects were threatened by this, but I think in the end it led to much better design work all around. If your client has an idea about where the front window should go, showing you that idea in a 3D model is just so much more effective than trying to describe it verbally. To be historically fair, clients also know how to use pencils to communicate their design ideas. The really great thing about sharing tools isn’t really that projects move faster (although the business minded folk are tempted by that), but rather that there is more time to iterate. More time to improve the design and work the bugs out of it. More time to make the design a really great design. This is the real democratization of design, happening right now, right under our noses.

Collaboration shouldn’t be reserved just for the formal members of a design team. There’s no monopoly on good ideas around a construction site— attempts to assert managed process on that flow with clipboards, meetings, paper and pencil seem now more of an impediment than benefit. Why should it be that news of the funny animated gif my plumber found over lunch is able to reach me faster than the news that he discovered a bust in the design? We need denser, tighter and faster loops of communication around projects. But if those systems are any more complex to use than Facebook, we’re unlikely to recognize much benefit from their imposition.

Collaboration and the Essential

But there are other scales of collaboration to consider as well. As any architect knows, cities are a form of collaboration as well– just operating on a different time scale. Every building that is designed exists in the context of something else, some other structure on an adjacent site. With the explosion of publicly available geographic data, buildings don’t have to be designed in a vacuum. Reasonable approximations of site and adjacent buildings are easily available for free. In fact, with a little collaboration from everybody, a reasonable approximation of every building in the entire world in 3D could be available. 3D Warehouse, in fact, is full of such building models. Imagine, as an architect, what you could do with that.

But there are certainly situations where what you really need is less information, not more. Contemporary design technology offers the promise that everything – every brick, duct and floor tile – can be represented in a single building model. In my experience, only a small subset of all possible information about a building is really important when making design decisions. Especially up front in the process when nailing down too many details will limit the future decisions you might make. How do you gradually apply “meaning” to a model over time rather than just hammering it all in at the beginning of the process? Software tools should help you to do this, not force you to adapt to their logic.

Buildings are complex things, and can be hard to fully grok even under the best circumstances. Abstraction is a powerful tool that can help to focus attention on just the right pieces of information at the right time. As Van Gogh instructed, one must “exaggerate the essential and leave the obvious unclear.” Nobody needs to be reminded that gravity points down, nor do they need to be barraged with irrelevant little details that won’t ever add up to anything significant.

What matters is the essential stuff — the few simple issues that really drive the design. I expect that computer science will continue to learn how to manage massive quantities of information, and how to distill them down to just the essential abstraction. Internet search technologies are already inspiring examples of how well this can work. This is still an unsolved problem in the 3D space of architectural design. It is always good to have an interesting problem to work on, though. 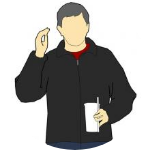 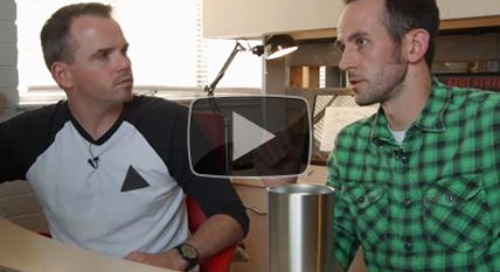 A conversation with Mike Brightman: ConDoc Tools for SketchUp 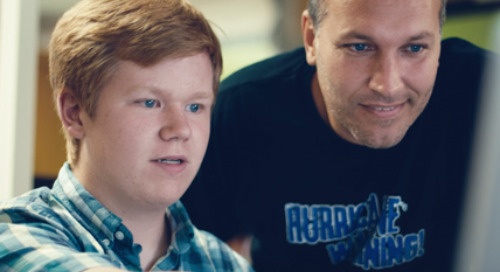 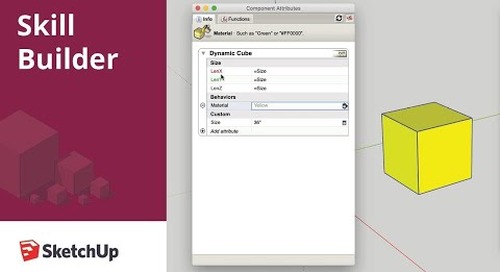 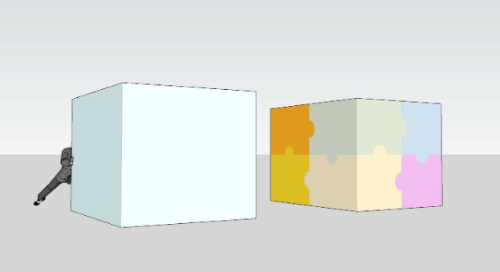 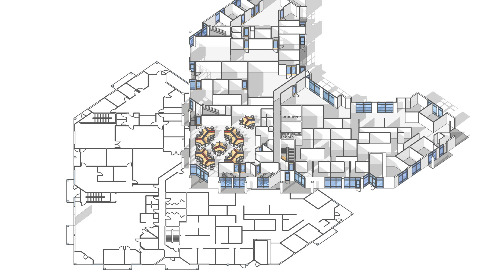 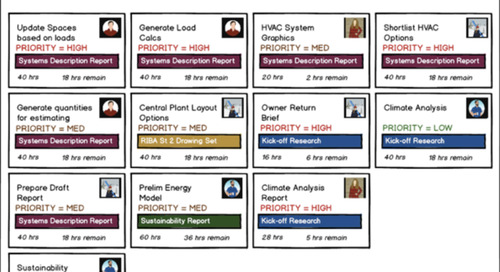 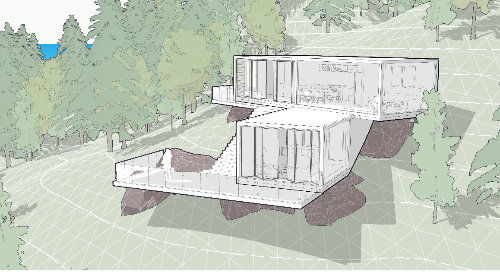 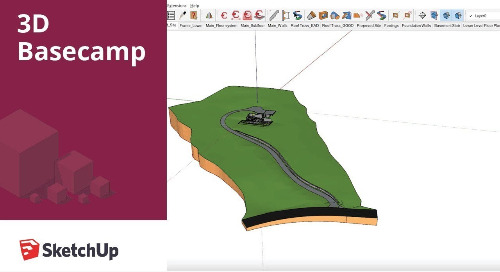 Estimator for SketchUp, LLC estimatorforsketchup.com “Constructability is a project management technique to review construction processes from start to finish during pre-construction phase. It 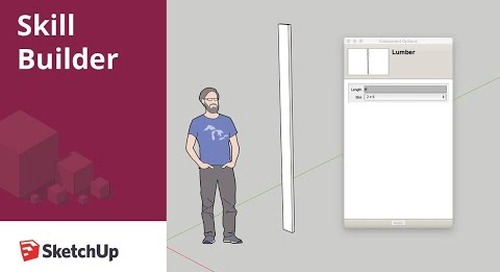 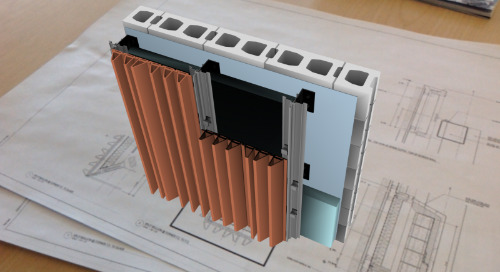 Barton Malow heads toward its next century of success with the goal of reimagining the construction industry through innovation. 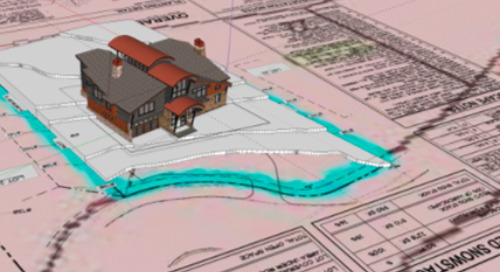 In this two-part interview, we introduce Trilogy’s approach to using a virtual model as the basis for project management across architectural, interior design, engineering, and construction. 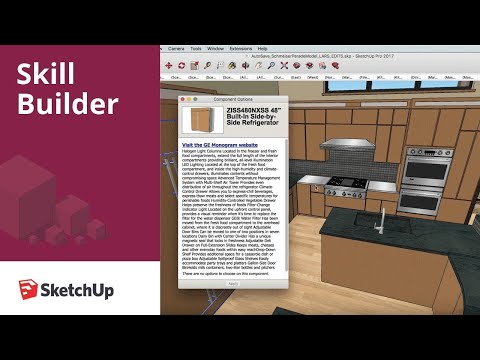 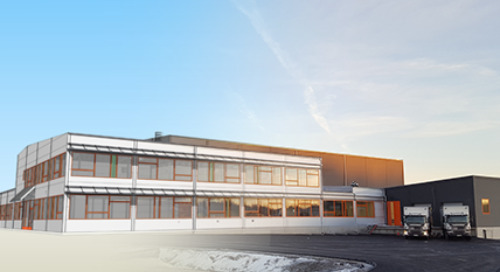 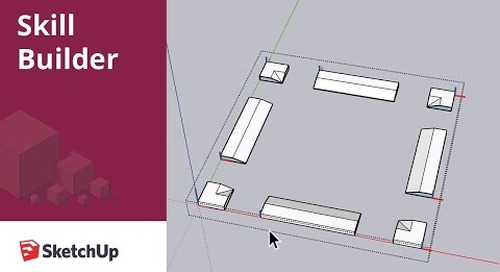 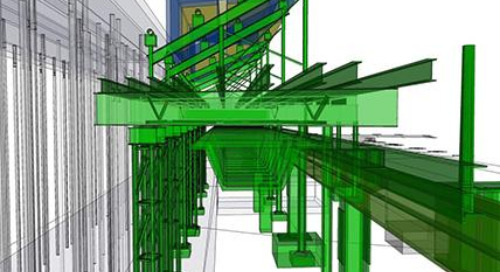 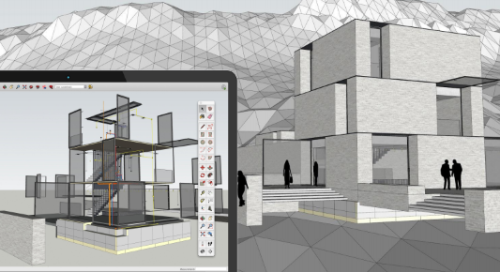 Optimize your workflow with a library of custom third-party extensions. 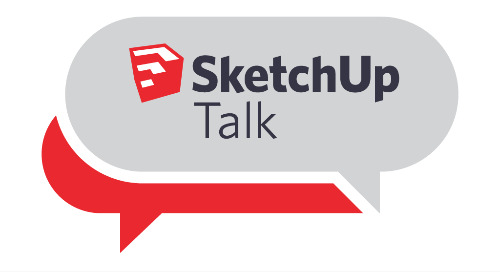 Let's talk about BIM! Building Information Modeling is a big deal in the building industry and SketchUp is a big part of BIM. 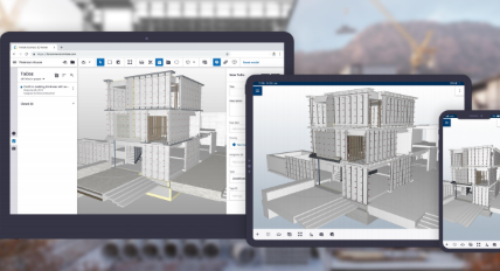 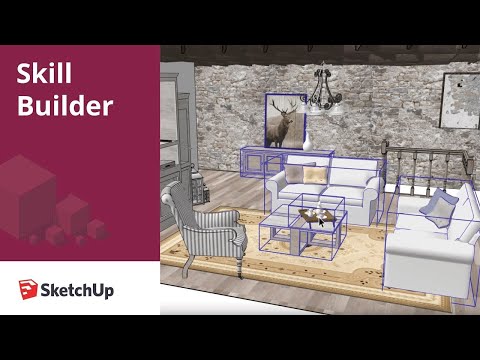 Collaborating on a model in SketchUp with several team members? We have some best practices and tips to make sure your collaboration efforts don't get lost. Follow along as Aaron illustrates workflows 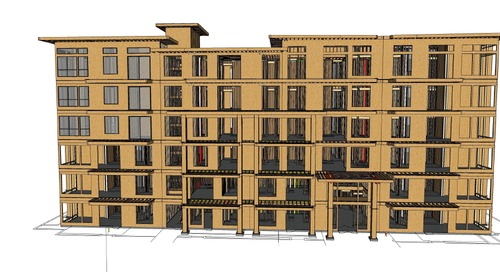 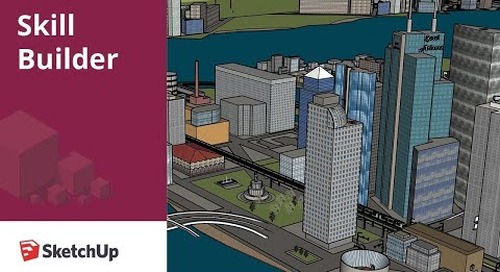 We give you a few tips on how to optimize your large SketchUp model to prevent it from being too slow while you are working on it. 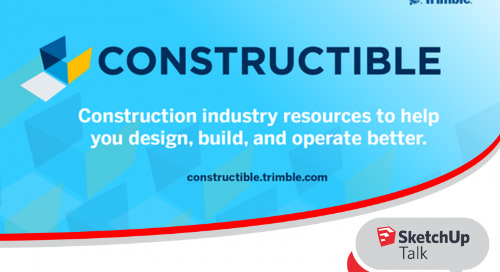 Do you know the history of SketchUp? Listen in as we sit down with Roz Buick, Senior Vice President of Trimble Buildings, to talk about how SketchUp fits into Trimble, the role Trimble plays in the co