Maker Bench: an open source, CNC workbench for everyone

Sometimes, it makes sense not to rush an idea. We’ve found that’s especially true when you need other people’s help to make it happen. Earlier this year, we had an idea, and we thought it was a pretty good one...  but we weren’t sure. (That ever happen to you?)

Our idea was a customizable workbench for any kind of project. We called it Maker Bench.

We were pretty excited about our idea, so we shared it with other people (like you), and asked them what they thought. Most important, we made the base design files for Maker Bench public and invited everyone to design a customized workbench for their own projects.

Then, we took a step back. We’re not professional furniture designers, and there are plenty of people out there who’ve spent more time in a wood shop or makerspace. We wanted the Maker Bench to be useful for everyone, so we knew we’d need help from others to design and test the concept, and then to redesign and retest it.

We’re happy to say that many have answered our call to help design and develop Maker Bench. Right off the bat, the SketchUp community quickly orbited into the nooks and crannies of Maker Bench and (in some cases, literally) pulled it apart.

Just one of many clever adaptations proposed on the SketchUp forum, Jeff proposed a chop-saw accessory for Maker Bench. As usual, a healthy debate ensued about the feasibility of the design.

Then, other technologists and designers started to jump in. Our friends at Matter Machine were intrigued by how the customization and modularity of Maker Bench would play out on their parametric modeling platform. So they tried it out. That blew our mind a little bit, especially since their tool makes it easy to export file formats for CNC work.

Matter Machine took the open designs for Maker Bench and built them out on their own web-based parametric modeling platform. Play around with the file yourself at mattermachine.com (best on Safari) > Sandbox > Maker Bench.

And because Maker Bench was always meant to be for other people, it was important that we liberated it from a forum thread and shared it with a broader, global audience. That’s when the gents at Opendeskstepped in and launched a design challenge for Maker Bench.

Designed by Sullivan Jolly & Sébastien Maury, Dash bench is designed for the people who like to build projects from the beginning to the end whilst documenting the process.

We’d already seen some really creative ideas for Maker Bench tops, but we were quickly blown away with what people came up with when challenged to design their own making space. The submissions to the Maker Bench Challenge were impressive across the board, and now the Opendesk team in London is busy building out the winning designs. Opendesk is now getting a sense of how the V1 platform comes together outside of SketchUp and on the Shopbot.

And we’ve started building Maker Benches too. We built a whole bunch for Maker Faire Bay Area, and now we’re test-driving a few at SketchUp HQ.

The Arts and Crafts Maker Bench is now a fixture at the SketchUp HQ marketing fort.

Without a doubt, our idea has matured into a fun, exciting project. But, we wouldn’t say it’s finished, and more important, we don’t view it as only “ours” any more. Today, we’re officially sharing Maker Bench with everyone, issuing a Creative Commons open-source license for the base Maker Bench files. Now, Maker Bench belongs to everyone who wants to use it.

That’s not to say we’re stepping away. On the contrary, we’ve just released fabrication instructions for the v1 Maker Bench platform. The designs for the Maker Bench are now open sourced, specifically under CC-BY. This means that anyone is free to make, hack and tweak the design in any way that you want. All that you’re required to do is attribute the original designer.

Next month we’re headed to Tinkermill (our local makerspace) to get direct feedback on the project. We’ve even started talking with Opendesk about collaborating on a v2 platform that will increase Maker Bench’s stability, buildability, accessibility, and overall rad factor.

Nope, we’re not done with Maker Bench by a long shot; we just don’t believe in rushing a good thing.

Stay tuned to the SketchUpdate Blog for more updates on Maker Bench, or better yet, get involved and start working on your own Maker Bench concept! 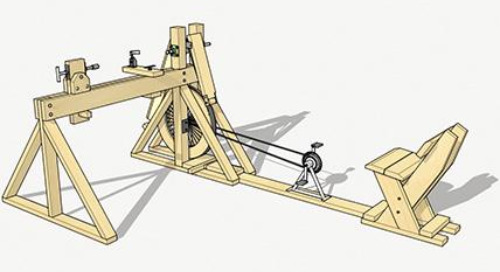 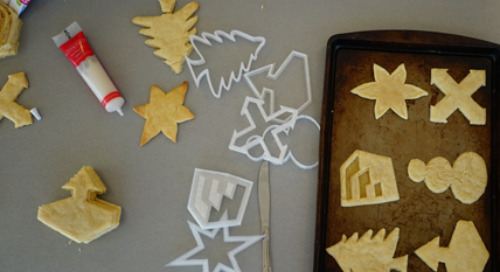 With the holidays in full swing, our team combines SketchUp, 3D printing and a dose of frosting into a fun ... 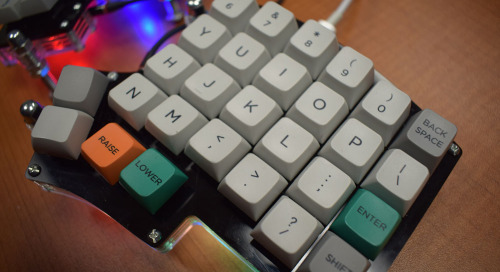 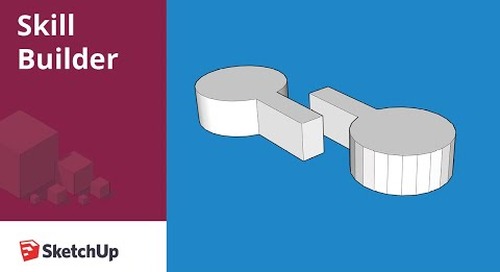 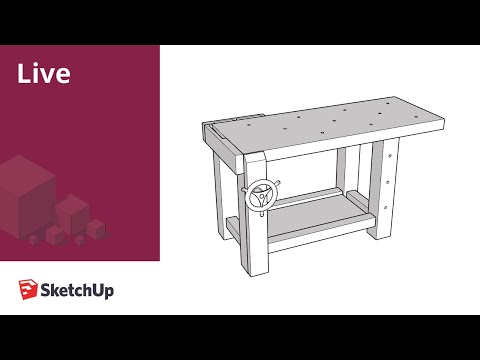 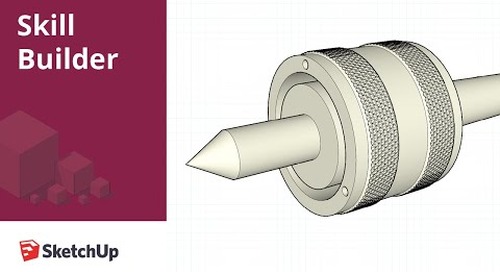 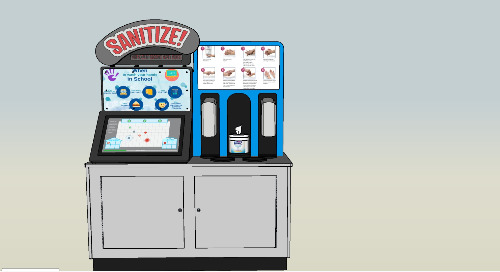 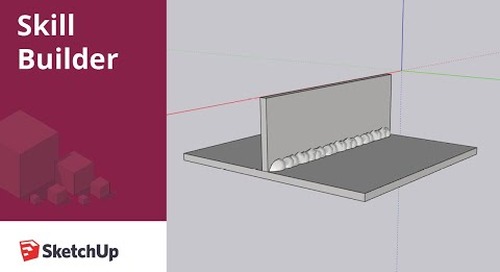 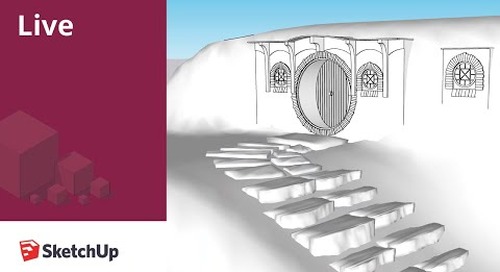 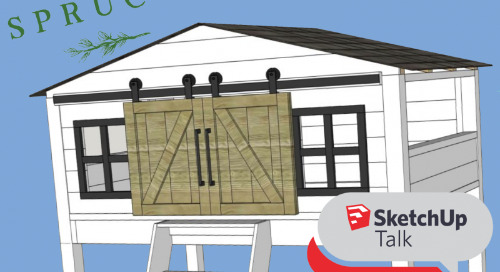 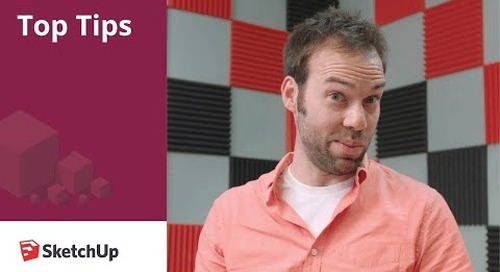 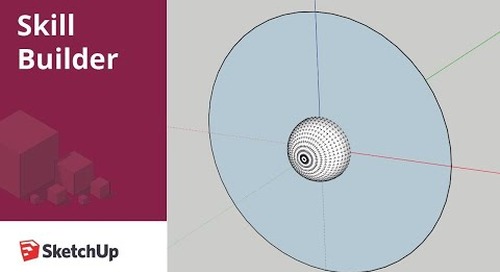 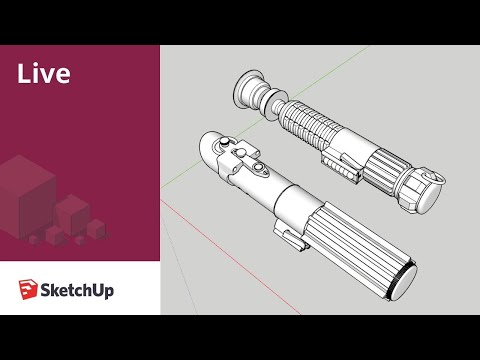 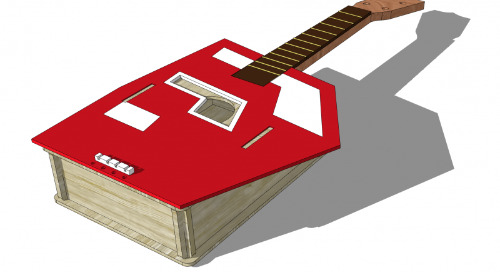 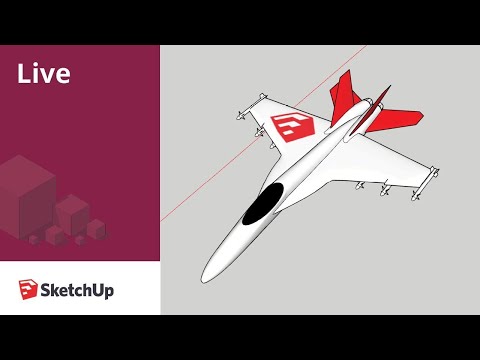 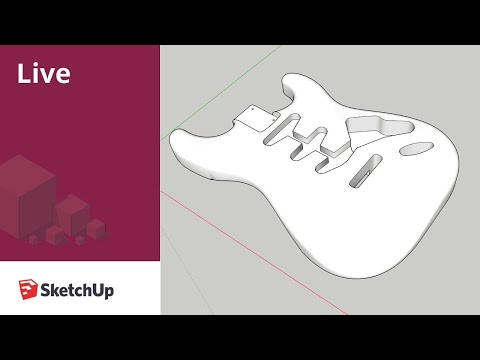 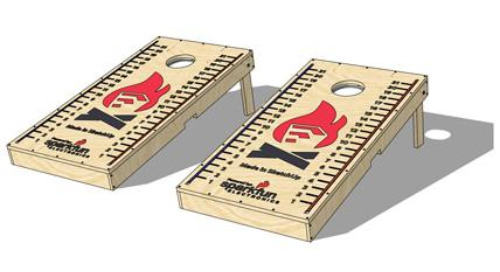 Step-by-step instructions on how to use SketchUp to create a light-up cornhole game alongside the use of CNC and vinyl cutting.