A longtime member of the SketchUp community, Fred Bartels is an educator, builder, artist, and maker. Influenced by Seymour Papert and other education visionaries, Bartels saw a promising future for SketchUp in the classroom. Seventeen years after first introducing SketchUp to his students, Bartels continues to push the boundaries of SketchUp, and he’s hopeful that the educators of tomorrow will do the same.

No stranger to thought-provoking design, Fred Bartels found a home for his abstract creations in SketchUp.

Fred, you’ve been a part of the SketchUp community for a long time. Where do you think your 3D modeling story begins?

I spent most of my career teaching computer programming classes and providing IT support to K-12 schools. But as long as I can remember I’ve been interested in art and architecture. I took some art and photography courses in high school, but felt I didn’t have the talent to pursue art as a profession. I continued to produce art, mostly abstract, and play with house designs as a hobby. I always kept sketchbooks and used those as an outlet for design ideas.

When computers and 3D design software tools became available to schools, I started teaching a CAD/architecture course using these softwares. The first few years I used a program called VectorWorks, but the program was so clunky and unintuitive that it hardly encouraged creativity. When I discovered SketchUp at MacWorld 2002, I never looked back.

You were introduced to SketchUp in the early days! What made you try using it in the classroom?

I realized that SketchUp allowed students to focus more on their design ideas rather than learning how to use the tool itself. As you would expect, we introduced SketchUp to our design classes, but we also experimented with using SketchUp in math, science, language, and history classes. Ultimately, our students loved using SketchUp and a few went on to do impressive work with the program. One of these students, Andrew Nathanson, was invited to the SketchUp 3D Basecamp 2008 to present his exceptional design work, and more generally share about the use of SketchUp in a K-12 environment.

Introducing SketchUp to his school allowed educators and students to visualize in 3D. Here a historical timeline is illustrated along three dimensions of space.

In what ways do you see the relationship between technology and education evolving?

The great hope of many educators like myself was that computers would provide rich microworlds for students to play and experiment with information in a way that would allow abstract concepts to be made concrete and easily manipulatable. MIT’s Seymour Papert was a great proponent of this approach to using computers in education and shared it in books like Mindstorms: Children, Computers, And Powerful Ideas and The Children's Machine: Rethinking School In The Age Of The Computer Reprint Edition.

In many ways SketchUp provides a rich microworld for students to explore 3D design in a very intuitive and fluid way. With 3D Warehouse, for example, students have an accessible way to share and get feedback on their designs.

A counter trend in educational computer use has been to focus on the computer as an information presentation tool; this is a more traditional approach in which the student assumes a more passive role. Luckily, there continue to be developments, like the Maker Movement, in which students are encouraged to be active explorers. SketchUp, with it’s excellent support for 3D printing, plays an active role in the hands-on experience.

"There is a train of thought that we need to get away from artificial disciplinary divisions in the 21st century school. I think a more productive approach is to increase communication between disciplines. An ideal design would promote and encourage interdisciplinary interaction and work." - Fred Bartels

In addition to introducing SketchUp to your students, you’ve also created dozens of personal projects, some of which are very abstract. Can you tell us about those models?

As I mentioned, I have a strong interest in design and architecture and have explored many building and design ideas, many of which I’ve shared on 3D Warehouse. When I stopped teaching full-time I took a number of courses at Yestermorrow, a design/build school in Vermont, where I was able to explore some architectural ideas that have long intrigued me. I continue to play with these ideas and hope one day to build a small studio that incorporates them.

From personal studios to large-scale buildings, Bartels uses SketchUp to explore and develop his architectural style.

The abstract works were really just fun experiments. My motivation was always tied up with either “I wonder what that would look like?” or “I wonder how I would do that?” Being able to share the work on the 3D Warehouse, or SketchUcation, was also hugely motivating because I was getting feedback on work that I’d previously been sharing mostly with family members.

Lately I’ve become very involved with 3D printing. I produce small sculptures, all designed in SketchUp, including many that incorporate programmable LEDs controlled with Arduino microcontrollers. I often share these on Thingiverse, a site for sharing 3D printable designs. I have several ideas for larger designs, but I need to develop a clientele that shares my interest in these pieces as I’ve run out of space in my home for displaying the works! 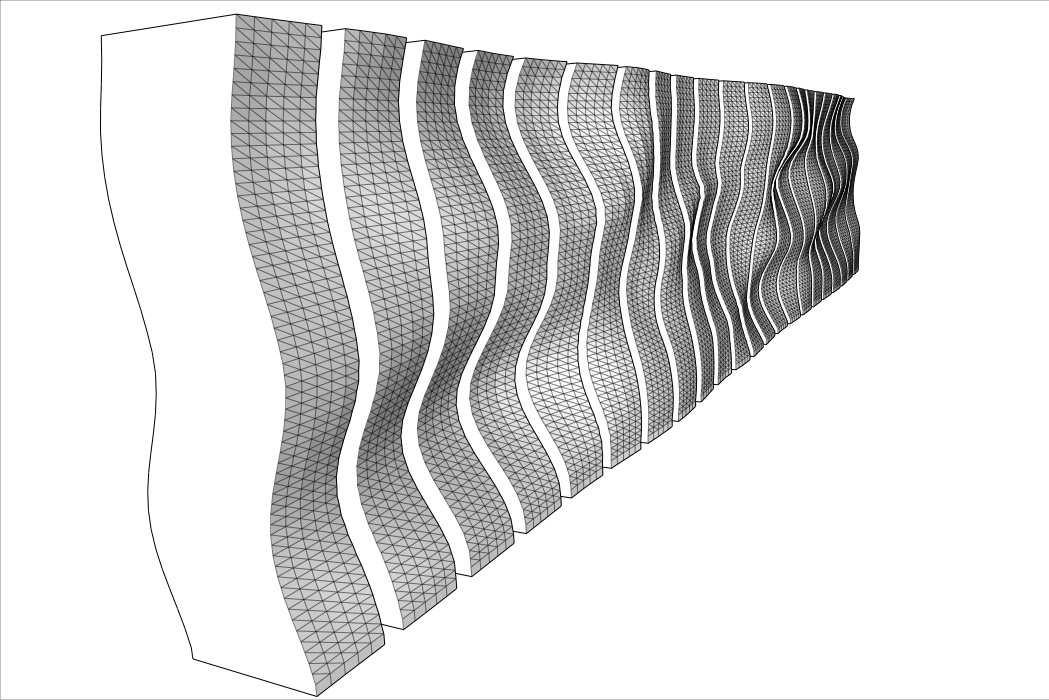 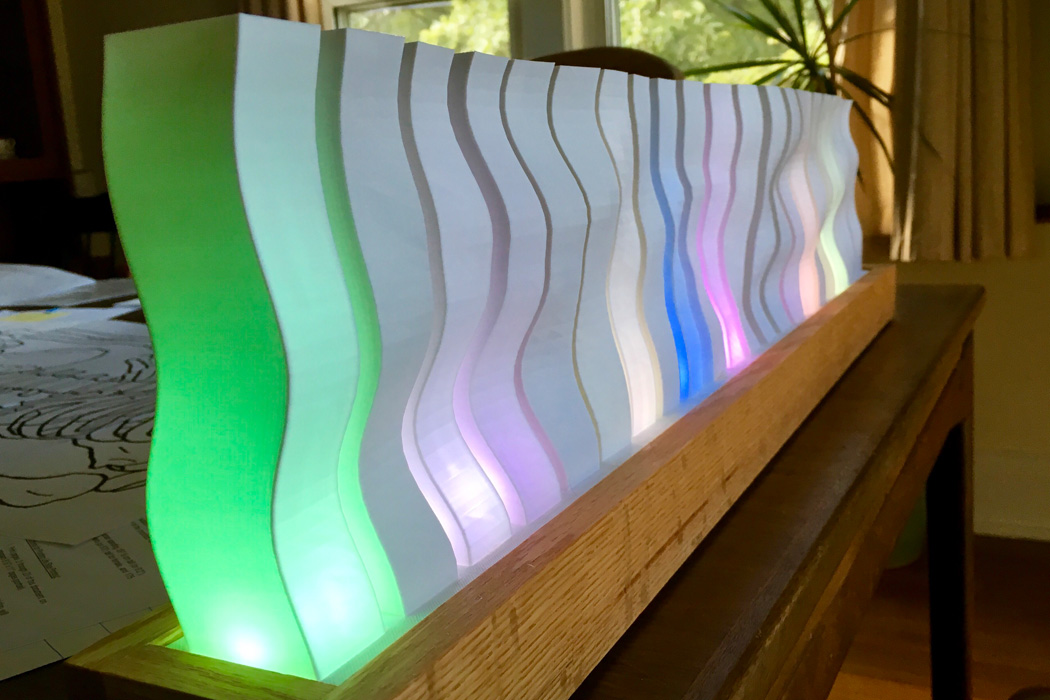 Bartels designed, printed, and built this stunning light for his wife, which he calls "Yoga Flow."

What is it about SketchUp that enables your creativity?

When I first discovered SketchUp, it was like a whole world of possibility opened up. The program just seemed to work with my way of thinking about design, and I’ve never stopped exploring ideas since. SketchUp gave me a way to explore, develop, and share the creative ideas I’d been thinking about for years.

I’ve hinted at this already, but above all I think it’s the way that SketchUp allows me to fluidly explore design ideas. I tend to be the type of thinker/designer who likes to take an inkling of an idea and play with it to see where it goes. SketchUp is better at allowing that playful interaction than any other program I know.

A Bartels original, "That Sense You're Being Followed."

What extensions do you use most often or find most helpful in creating your models?

Artisan is by far the extension that has had the most impact on my work. I love organic shapes, and Artisan is brilliant at assisting in their creation. Since getting into 3D printing, I often use Profile Builder, Solid Inspector 2, Align 2, and Export STL.

If you had to give someone one piece of SketchUp advice, what would it be?

If I had to give just one piece of advice I’d say read Aidan Chopra’s book.*

But if I could give another, I’d say master your keyboard shortcuts and always remember groups and components are your best friends.

SketchUp played a huge role in my creative work for the past 15 years. I hope and expect that it will do the same for many more years. It’s a tool, in Papert’s terminology, that provides a wonderfully supportive, powerful, and intuitive microworld for developing and exploring 3D design ideas.

*Ed note: SketchUp for Dummies is now co-authored by our friends Aidan Chopra and Rebecca Huehls. 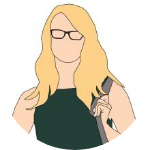 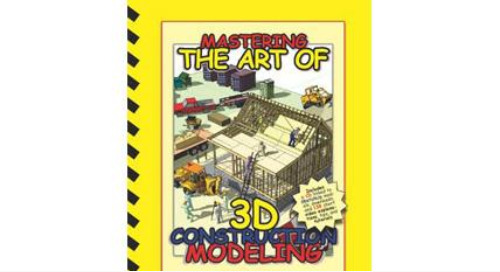 Looking to freshen up your SketchUp design chops? Dennis Fukai has you covered with his new book called "Ma... 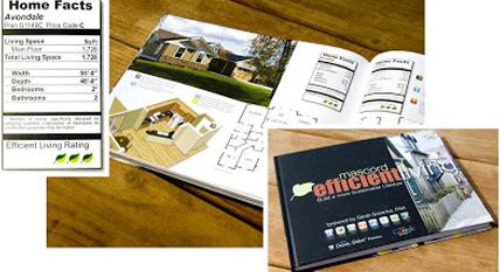 Greener homes for all

Learn how SketchUp was integrated into the illustration of Mascard Efficient Living, demonstating a greener... 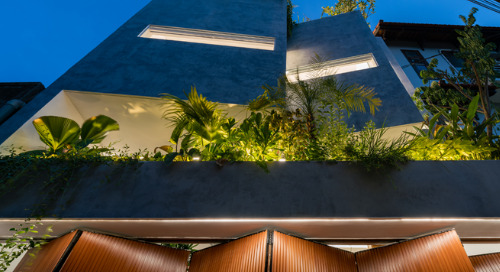 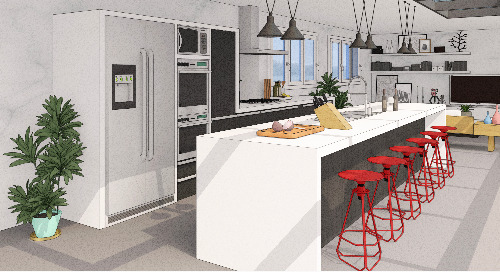 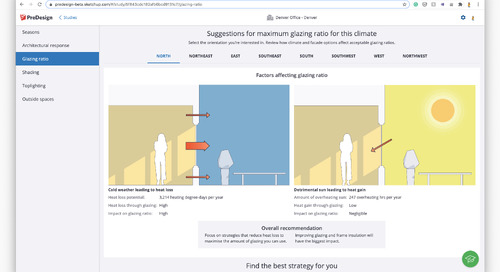 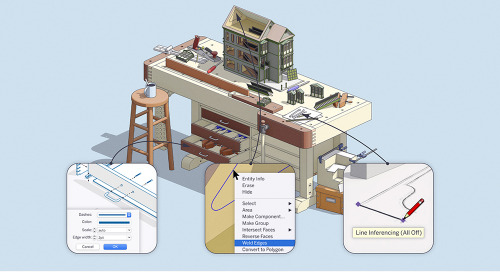 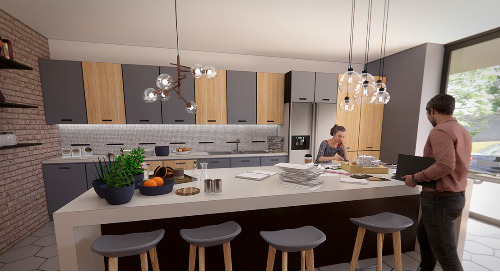